Neeraj ruled out of showdown with Amir Khan after accident 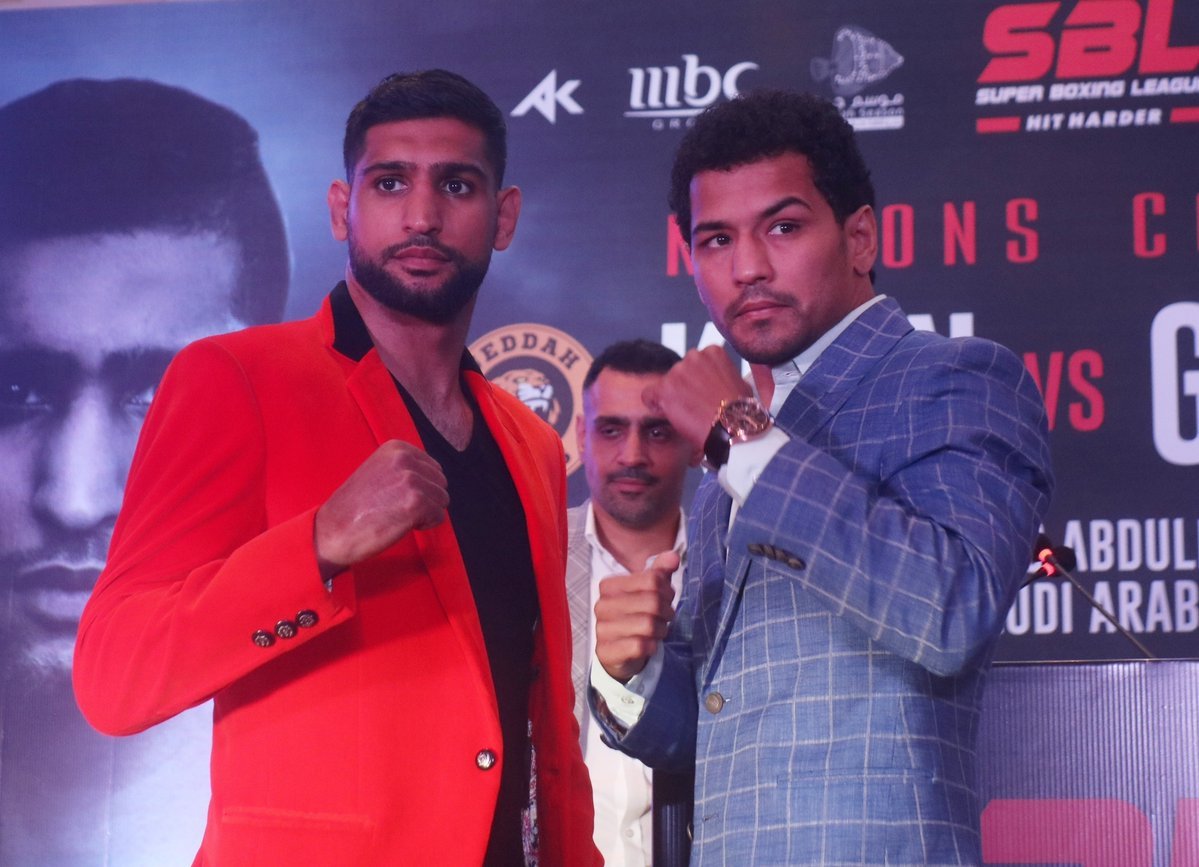 Amir Khan (left) was to fight with Neeraj Goyat on July 12 in Jeddah.

The 27-year-old from Haryana met with the accident when he was returning home after training.

Neeraj was set to take on Khan, a two-time world champion, in the WBC Pearl World Championship bout in Jeddah, Saudi Arabia on July 12.

“We are very sad to inform that our star Indian boxer Neeraj Goyat who was preparing for his mega fight against Amir Khan met with a car accident last night that has caused him severe injuries on his head, face and left arm. He is currently in hospital and we wish him a speedy recovery,” Bill Dosanjh, Promoter of the Super Boxing League, said in a statement.

The organisers are now looking for a replacement for Neeraj.

“We are in the process of looking for Neeraj’s replacement. Please bear with us till we announce the new opponent of Amir Khan,” the statement said.

Neeraj is the WBC Asia welterweight titleholder and has a record of 11 wins including two knockouts, three losses and two draws till date.

On comeback trail, boxer Amir Khan says he has been targeted for being ‘Pakistani’