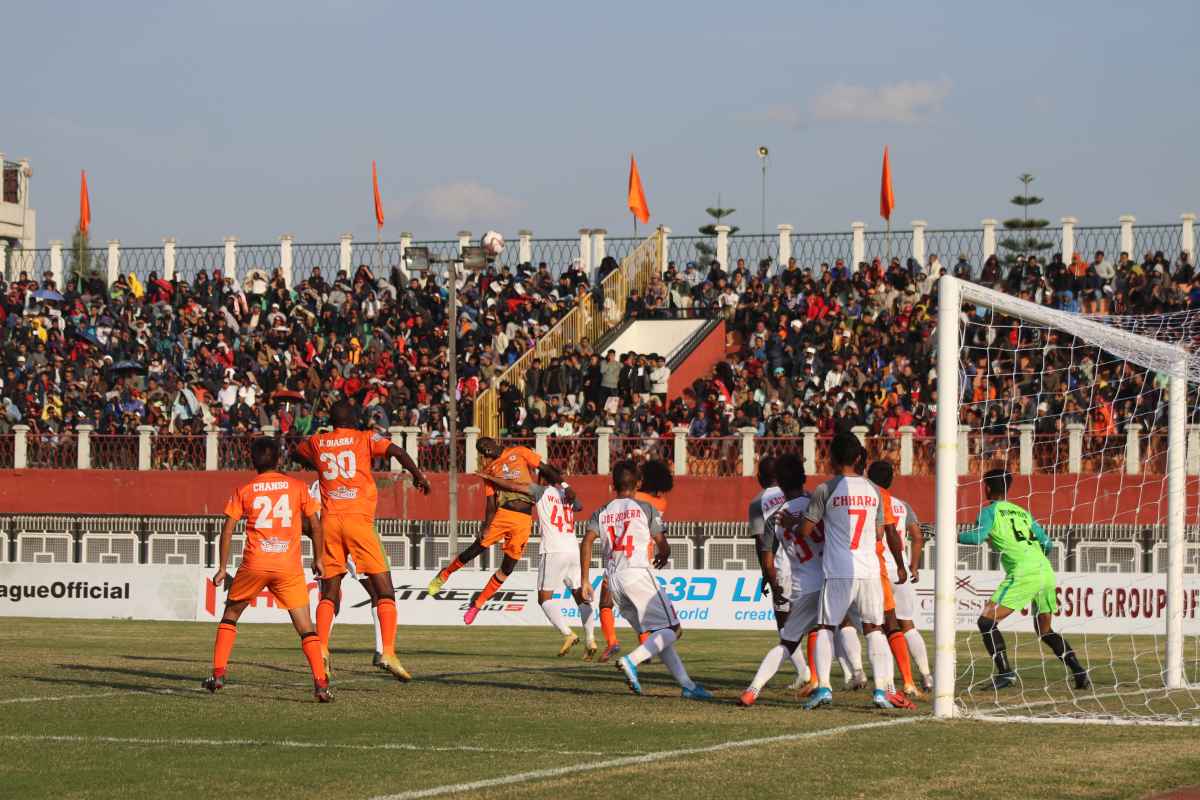 The game was dominated by Aizwal with 57% of the ball possession, but they eventually failed to convert any of their 15 shots in the match.

In the beginning, Neroca enjoyed majority of ball possession while Aizawl looked sharp with their passing and running with the ball.

The home team missed their first major chance of the 1st half in the 13th minute as Chanso Horam, who had a clear shot on left flank failed to convert.

In the 22nd minute, the home side produced another chance from the right flank which was side-netted by Khaiminthang Lhungdim.

It was a free-kick from just outside the 18-yard box that produced the difference-making goal.

Zodingliana hit the goal post with his thunderous left-footed kick and Ousmane Diawara capitalised on the rebound, and put the ball in the back of the net with 28 minutes on the clock.

On the 34th minute, Aizawl’s Paul Ramfangzauva struck a roaring shot from a free-kick just outside the box but the Neroca goalkeeper flew to his right and made a tremendous save to keep his team’s lead intact.

The first half ended with the home team leading 1-0.

In order to provide better supply to Abdoulaye Kanoute, Aizawl brought on K. Lalhmangaihkima for William Lalnunfela in the 66th minute.

Soon after, Neroca made a tactical change by bringing on a midfielder Ronald Singh for Khaiminthang Lhungdim.

Aizawl FC was continuously pushing forward but wasn’t able to break the Neroca FC defence. The search for an equaliser finally ended in vain as Neroca FC held on to their slender lead and the match ended in favour of the home team.

The Arrows gave the in-form Gokulam a mighty scare, particularly after the Malabarians had to play the last 15 minutes of the match with 10 men.

Gokulam have won both their opening games and now sit pretty on top of the table with six points. 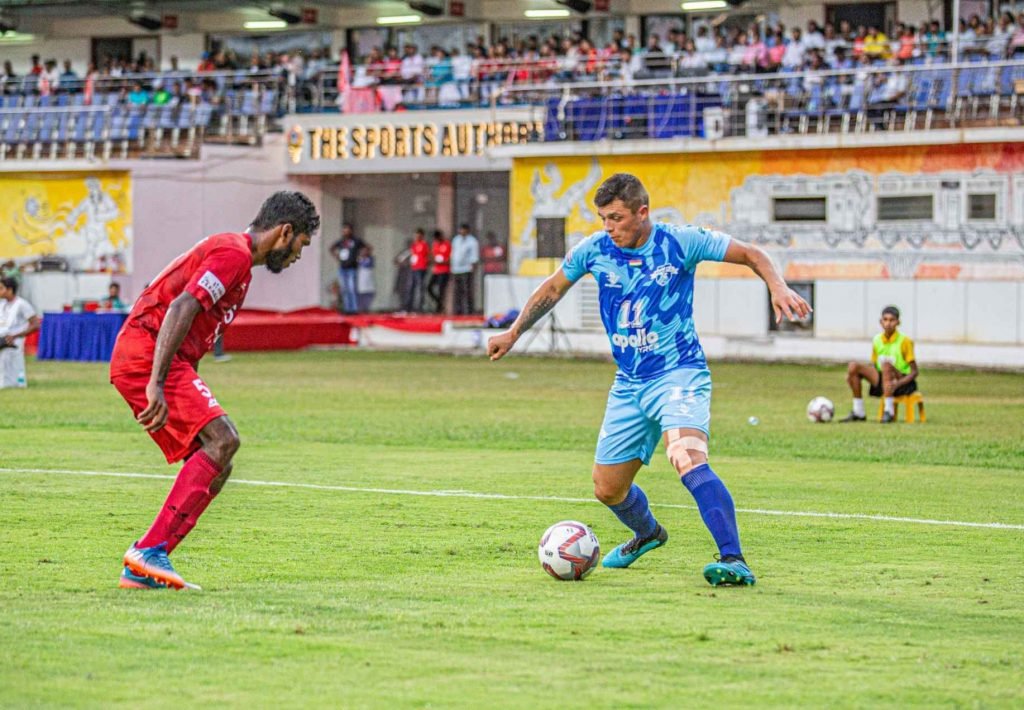 On Saturday, the eighth match of I-League will take place between Kolkata giants East Bengal FC and  2017-18 champions Punjab FC at the Guru Nanak Stadium in Ludhiana.

Punjab FC have not had a great outing against Churchill Brothers FC Goa, where they went down by a scoreline of 3-0.

East Bengal, on the other hand, will be disappointed with a 1-1 draw at home in their last game against Real Kashmir, considering the fact that they dominated the match with 64 percent possession, and had the lion’s share of chances.