Never blamed anyone for my absence from international cricket, says Fawad Alam 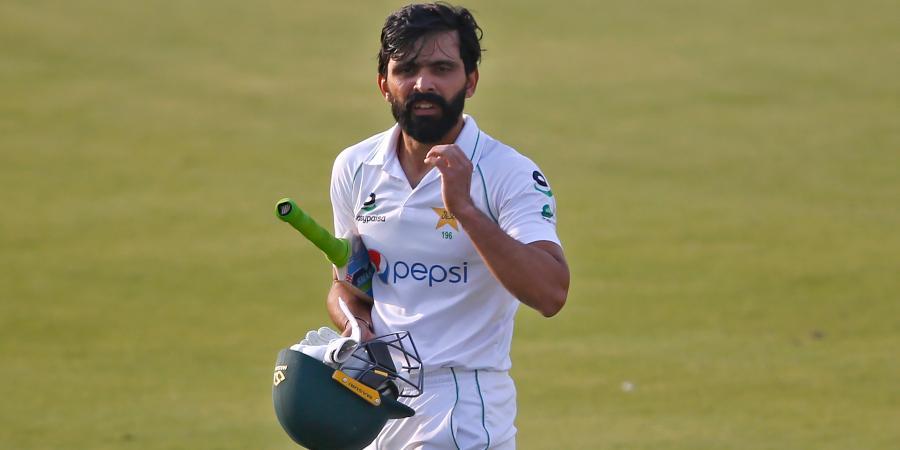 Karachi: Pakistan batsman Fawad Alam, who has rejuvenated the hosts’ batting line-up, said that he never blamed anyone for his 11-year long hiatus from international cricket.

Between 2009 and 2020, Pakistan played 88 matches in the longest format of the game but Fawad wasn’t given an opportunity. But the left-handed batsman made most of the break, scoring 26 first-class hundreds and 33 fifties at an average of 56.48.

Fawad, who has converted his every fifty-plus score in Test hundred, said he was only focusing on honing his skills while playing domestic cricket in Pakistan.

I’ve never blamed anyone. I have always been saying that fate had this for me. That if it was in my destiny, then nobody could have taken it away from me,” ESPNcricinfo quoted Fawad as saying.

“I was only focusing on doing well in whatever opportunities I get to the fullest, even if its domestic cricket,” he added.

Last year in August, Fawad made a Test return after a decade and eight months as he was included in the playing eleven for the second match against England.

Prior to this, Fawad had featured in a Test match against New Zealand at Dunedin for Pakistan back in November 2009. He had made his Test debut in July 2009.

During the ongoing first Test against South Africa, Fawad rescued Pakistan with a fighting ton after the hosts were reduced for 27/4 on Tuesday. His six to bring his third Test century on Wednesday was like the cherry on the cake.

Fawad wants to make the most of whatever time is left for him in international cricket and is not focusing on what has happened with him in the past.

“I don’t think about the 10 years going to waste. How can I say all the runs and records made in domestic cricket went in vain?. I’ve got enough respect and I want to redeem myself in whatever time I’ve left in cricket. Maybe I may get more success than what I’ve earned, so I can’t complain and I’m happy about the success,” said Fawad.

Meanwhile, Pakistan resumed day three of the first Test with the lead of 88 and added 70 runs to their overnight score before South Africa folded hosts for 378.

For South Africa, Kagiso Rabada and Keshav Maharaj were the pick of the bowlers scalping three wickets each while pacer Anrich Nortje and Lungi Ngidi picked two wickets each.

OTD: Irfan Pathan shocked Pakistan with a memorable hat-trick in 2006