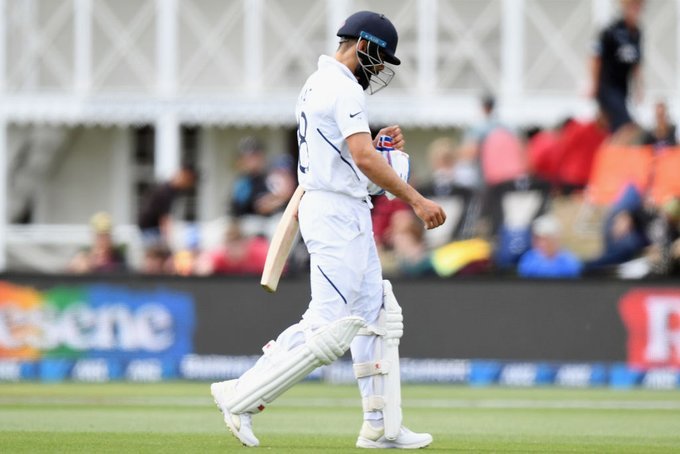 Mumbai: The ordeal is finally over. After the abject surrender in Wellington, another crushing defeat at Christchurch.

Many believed that after the experience of Basin Reserve, Team Indian would perform better at Hagley Oval. This despite reports of the Hagley Oval pitch being the fastest in New Zealand.

But contrary to reports, the pitch played true. The ball came nicely onto the bat. It is pointless to speak about how much the ball swung.

In New Zealand, the ball swings, as it does in England, perhaps more than in England. Period. It depends if you have pacers who can utilise the conditions to the team’s advantage.

India had seamers who are more comfortable hitting the deck whereas the Kiwi pacers were focused on swinging the ball. That’s the big difference.

India’s next series in the ICC World Test Championship (WTC) is a good eight months away, after the T20 World Cup in Australia, where they would compete in the four-match series for the Border-Gavaskar Trophy that would conclude on January 2021.

Wholesome review need of the hour

In order to do well overseas and maintain our ascendancy in the WTC ladder (India are currently on top), India need to pull up their socks and start working on perfecting team combinations.

The series sweep in New Zealand must open up our eyes to the needs of the team. We cannot afford to play with non-performers in the team.

In India, seniors are given way too much respect. They are persisted with and not shown the door quickly, a trait typical of sub-continental teams.

They are given a longer rope, much beyond their capabilities. Several Indian cricket legends took advantage of it and overstayed their welcome in the team and prolonged their careers for a year or two.

The WTC shouldn’t allow that luxury to waning stars. If BCCI’s new selection committee doesn’t start building up the team, then the team would face serious trouble.

In 1968-69 when Australia toured India, the hosts lost the first Test at the Brabourne Stadium in Mumbai.

The Vijay Merchant-led selection committee dropped senior most Chandu Borde and Rusi Surti and replaced them with Gundappa Viswanath and Eknath Solkar. Merchant had the guts to replace Mansour Ali Khan Pataudi with Ajit Wadekar.

Selectors are supposed to have foresight. If they are going to go by mere statistics then we better have a committee of statisticians who would do the job with graphics and pie charts.

Runs dry up for Virat Kohli in New Zealand tour

The plight of Ajinkya Rahane is puzzling. Rahane is an extremely studious cricketer whose approach to the game has been consistent for over a decade now.

He is always keen to improve as a batsman. But the way he batted in Christchurch brought back memories of the days when Indian batsmen were keener to runaway towards the square leg umpire than tackle fearsome pace bowling.

Rahane’s weakness in negotiating the short ball was thoroughly exposed. There’s no shame in admitting that. Even great cricketers have struggled against the fast rising deliveries.

Steve Waugh overcame his deficiencies against the short-pitched balls to become one of the best batsmen in the world. Rahane is experienced and should back himself to find a solution.

Two rookie openers – Prithvi Shaw and Mayank Agarwal – in swinging conditions added to India’s problems. Shaw and Agawal had no clue which way the ball moved.

Shaw has had a technical problem for a long time. If he doesn’t quickly fix his deficiencies, he would be staring at a career in domestic cricket only.

His backfoot is rooted to the leg stump. Without moving back and across and loves it when the ball is ‘in his zone’.

NZ bowlers sorted out his shortcomings and attacked his rib cage. Twice he got out while trying to fend away deliveries aimed at his rib cage.

His struggles in New Zealand would tempt pacers to bowl a middle and leg line towards his rib cage.

Agarwal looks to be a good batsman on a good wicket. Without being harsh to anyone, it could be safely said that self-introspection is essential for these young talents.

Indian bowlers have been consistent in picking up wickets. But they need necessary support from batsmen. Without a decent score to defend or bowl at wouldn’t it be a waste of such a potent pace attack?

We have good eight months to identify a core group of Test batsmen and prepare for the Border-Gavaskar Trophy. Apart from the Indian Premier League (IPL), these batsmen should be kept away from playing in random T20s.

The International Cricket Council (ICC) should also consider starting every bilateral series with Tests, followed by ODIs and T20.

White-ball cricket is entirely different from red-ball cricket and cramped schedules hardly gives batsmen enough time to prepare for the challenges of facing it.

If Test cricket is to survive, it needs quality, which a series of eight white-ball matches (five-match T20 series, followed by three ODIs) and only two Tests wouldn’t provide.

The BCCI would be well advised to send Test specialists to England to iron out their flaws in English country cricket. Otherwise it would be a long hard toil for India in the WTC.