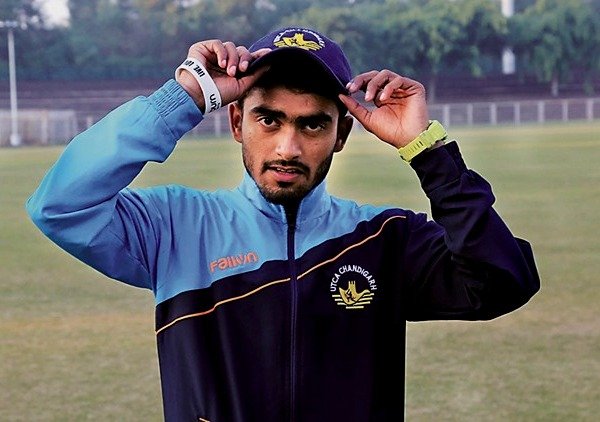 New Delhi: Ignorance is bliss. Arslan Khan could vouch for it.

The left-handed Chandigarh opener was happy as a lark after cracking an unbeaten 233-run knock on his Ranji Trophy debut.

But as soon as he became aware how close he came to rewriting history, Arslan admits to wondering “what if”. He immediately reminded himself of cricket’s ethos, where team’s fortunes are placed above individual accomplishments.

“How many are able to begin with a double century?” he has constantly reminded himself ever since.

Had skipper Manan Vohra not declared Chandigarh’s first innings at 502/3 four overs after lunch on Day 2, in response to Arunachal Pradesh’s 147, Arslan would have got a decent chance to set a new milestone with a good two-and-a-half days of action left.

“I got to know of the record in the evening, after the day’s play. Initially it didn’t sink in. Later I realised how close I came to the record,” the 20-year-old told Sports Lounge in an exclusive capacity.

“But I am very happy to have scored the double ton. My phone wouldn’t have rung so many times if I had been dismissed cheaply.”

His double ton helped Chandigarh win on their Ranji Trophy plate group debut by an innings and 173. 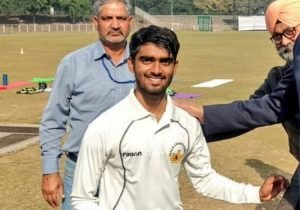 One of Chandigarh-based tailor Zabih Ullah Khan’s three sons, Arslan was born in Shahzahanpur, Uttar Pradesh. In 2011, on his elder brother Shahnawaz’s (once a university level cricketer) insistence, veteran coach Sukhwinder Bawa took a look at Arslan’s batting, needing only 10-15 balls to make up his mind.

“Bawa sir told my brother (Shahnawaz, third brother) to send me to Gurgaon. For the next four-five years, I travelled to Gurgaon while representing Himachal Pradesh in the U-16, U-19 levels.”

However, it was his move to Chandigarh, on his brother’s advice, for “better visibility” that opened new avenues for the pint-sized Arslan. Re-affiliation of Chandigarh to BCCI also helped him make up his mind.

“My family is also based here,” was his added reason.

Runs flowed from his bat, 699 runs in 11 innings (five centuries, two fifties) making him the best batsman at the men’s U-23 one-day tournament.

Initially not on Chandigarh’s 36-strong probable list, his U-23 form forced selectors to draft him into the squad, their judgement turning into an instant hit.

“’If you can score runs in the U-23 level, you can do it in Ranji also,’ Bawa sir told me before my debut.  I backed my normal instincts while batting and didn’t pressurise myself unnecessarily.”

That said he had to adjust to the superior quality of cricket at the Ranji level. “There is a marked difference in U-23 cricket and Ranji Trophy. But if you are confident and have your basics covered you can succeed,” the 5-foot-4-inch tall Arslan said. 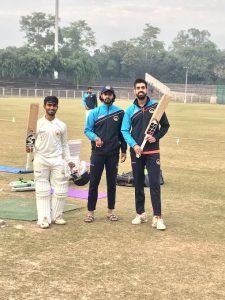 In the limelight now, Arslan is aware that tougher battles lie ahead. He realises the need of experience to develop.

“I hope to improve with experience. I have played against many of the current Ranji players in the junior level. I believe I can succeed consistently in domestic cricket. Ofcourse, I would be wiser once I play regularly in Ranji.”

His fellow 20-year-olds Prithvi Shaw and Shubman Gill have already played for India. Arslan seeks inspiration from their rapid ascent, insisting on not getting affected by “peer pressure.”

His immediate aim is to score runs consistently, lifting Chandigarh to the quarterfinals from the Plate group, which could open doors for selection in Duleep Trophy, India A squads, possibly an Indian Premier League (IPL) contract.

“We have a strong squad. We have seasoned players like Uday Kaul, Bipul Sharma and Manan Vohra. We believe we are the best team in our pool. But we have to beat few strong teams in Bihar, Pondicherry and Goa to qualify.

“My immediate aim is to be Ranji Trophy’s highest scorer,” Arslan said, convinced that only “runs, runs and runs” could make him achieve his dream of representing India.