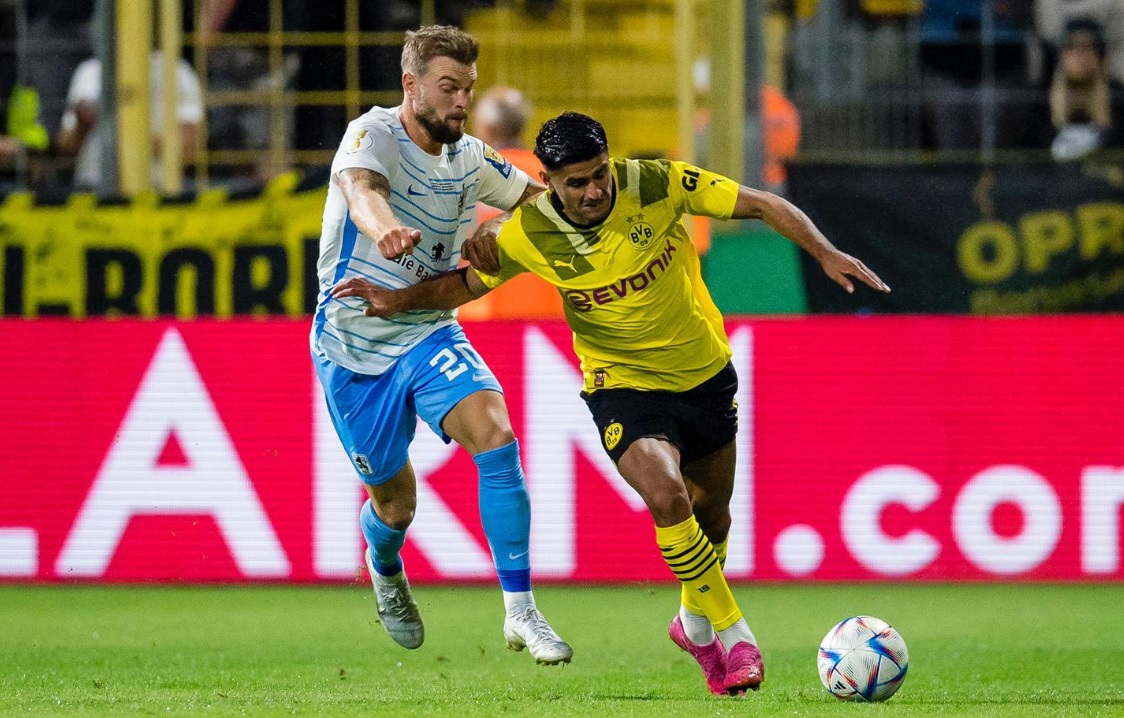 Berlin: With a strengthened defense and new-look attack, Borussia Dortmund started the new season with a 3-0 win at third-division team 1860 Munich in the first round of the German Cup.

Donyell Malen, Jude Bellingham and new signing Karim Adeyemi all scored in the first half for dominant Dortmund, which showed no ill effect following top goal-scorer Erling Haaland’s switch to Manchester City in the offseason.

Adeyemi, who joined from Salzburg, Malen and the 17-year-old Youssoufa Moukoko all started up front for the visitors, while coach Edin Terzic also began with new signings Niklas Süle and Nico Schlotterbeck in central defense.

Terzic was unable to play Sébastien Haller, who was signed as a replacement for Haaland, as the Ivory Coast forward is recovering after an operation on a testicular tumor.

American Gio Reyna did not feature in the squad but there was no immediate word from the club on any potential injury.

Dortmund also controlled the second half and failed to add to its tally despite finishing the game with 25 shots at goal compared to the home side’s one.

Stuttgart had defender Waldemar Anton sent off in the 67th for a second yellow card.