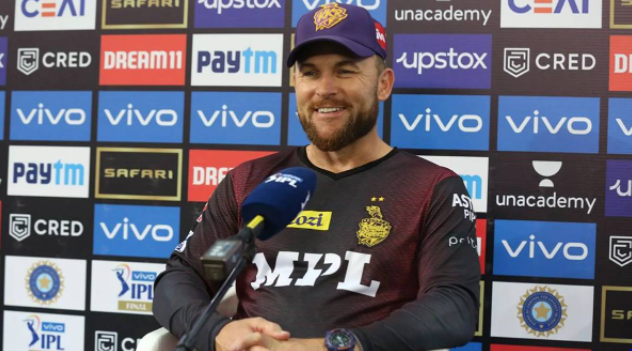 England have won only one of their last 17 tests, but Nicholls described McCullum as a man who could put the swagger back into English cricket. “It’s been well documented the impact he’s had on New Zealand cricket and the culture within the team, so he’s going to be a massive asset to England,” Nicholls told reporters.

“He’s a hugely inspiring character and certainly a guy who will lead from the front. “He gave everyone around him a lot of confidence and made you feel like you’re 10 foot tall at times and bullet-proof. “I know a lot of English guys have probably spent a bit of time with him at the IPL (Indian Premier League) and different franchises around the world, so I’m sure he won’t be too foreign to them.

“It’s pretty exciting for us to be taking him on first up at Lord’s as well.” McCullum and New Zealand-born skipper Stokes have been tasked with pulling England out of their slump, and the pair should have plenty in common, suggested Nicholls.

“Obviously with Ben taking over as well – we know the style of cricket that he plays,” said Nicholls. “They’re quite similar characters, certainly in the way they play the game in terms of taking the aggressive options and giving the guys around them confidence.

“It’s certainly an exciting time for England cricket from a test point of view and it’s going to be a great challenge for us.” New Zealand start a four-day tour match against Sussex from Friday. Nursing a calf injury, Nicholls ruled himself out of the game but hopes to be available for the second tour match against a counties representative XI from May 26.