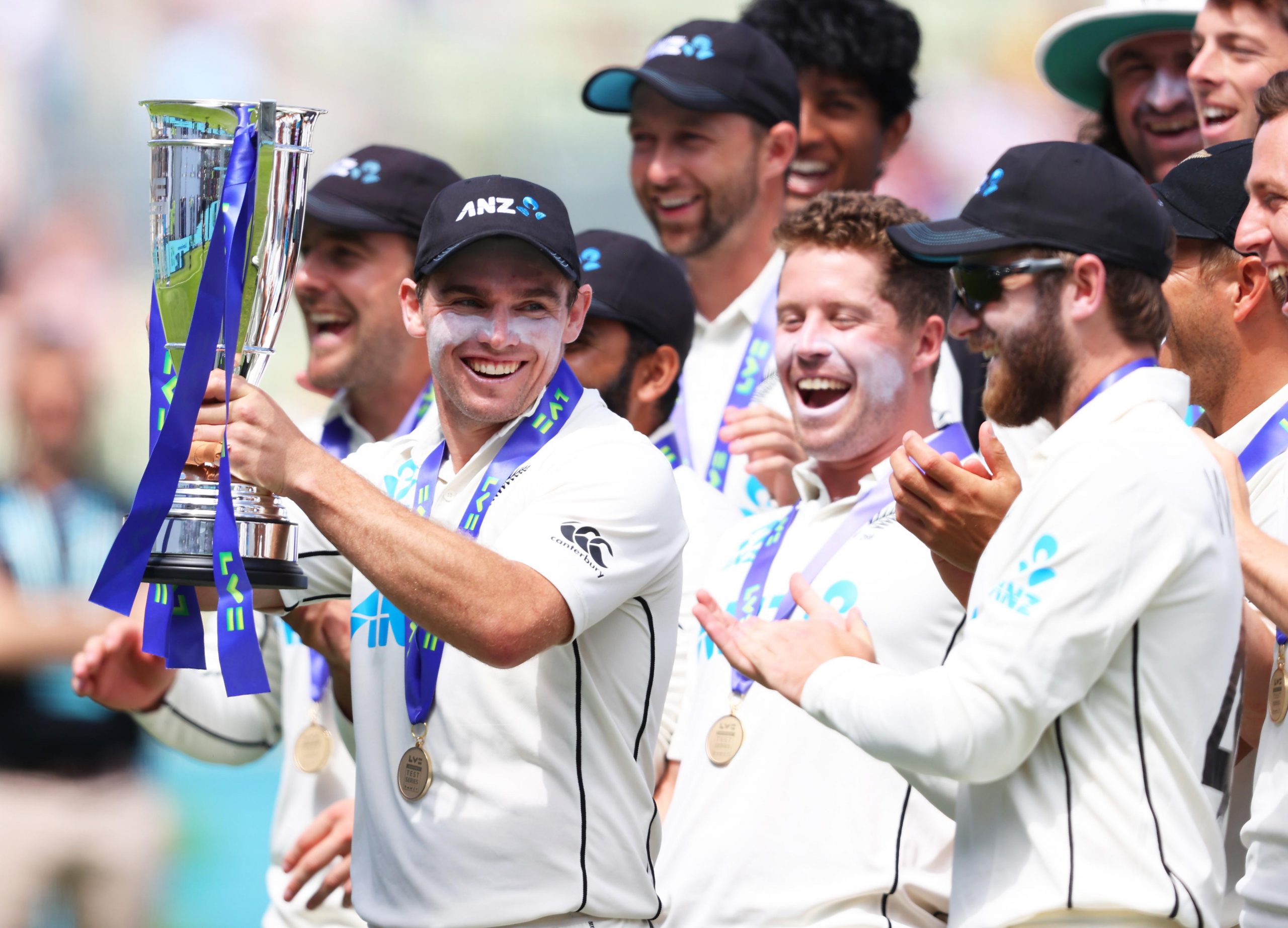 Birmingham: England endured its first Test series defeat at home since 2014 after meekly surrendering to New Zealand in less than an hour of play on the fourth day of the second Test at Edgbaston on Sunday.

The result was almost a certainty when the teams arrived at the ground after the home side’s batting collapse a day earlier all but assured the touring side of a decisive victory. And it did not take long to confirm the result.

Resuming on 122/9, England lost its final wicket to the very first ball of the morning when Olly Stone poked Trent Boult timidly to wicketkeeper Tom Blundell.

That left a paltry target of 38 to take the two-match series 1-0 and the Black Caps became the first away side since Sri Lanka seven years ago to win in England with an eight-wicket victory.

Stuart Broad and Stone took a wicket apiece as Devon Conway nicked behind and Will Young dragged down his own stumps, but there was little more than ironic cheering from the stands.

Tom Latham, captaining what was a weakened side in the absence of top-ranked batsman Kane Williamson, levelled the scores by nudging Mark Wood for four and won it with a steer to the third-man boundary. He finished 23 not out, with Ross Taylor not facing a ball at the non-striker’s end.

In total there had been just under an hour of play, with a total of 11 overs, which meant that full refunds were due for those in attendance.

WTC final: New Zealand have edge but India up for it, says Pujara