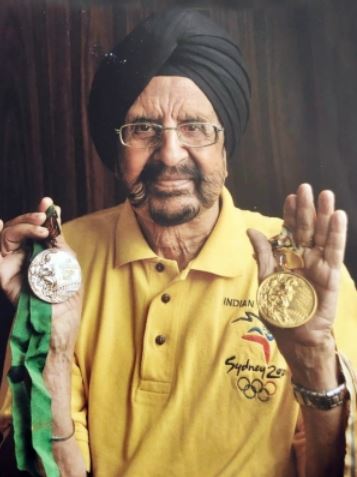 New Delhi: Two-time Olympic Games medallist in hockey Gurbux Singh has said that both the men’s and women’s teams should now prioritise winning the Asian Games gold in order to secure automatic qualification for the 2024 Olympics in Paris.

Gurbux, who was a member of the team that won gold in the 1964 Tokyo Olympics and followed up by jointly leading the side to bronze at the 1968 Mexico Olympics, said that the team had made everyone “proud and happy” after winning an Olympic medal after a gap of 41 years.

“The team has made everyone proud and happy after winning an Olympic medal after a long gap of 41 years. They should enjoy this moment, but keep in mind that we cannot rest on our laurels now. Now that the team has found success, they will have a target on their back and other teams will look to push harder against India now.

“We have to start preparing in earnest for the next Olympics and aim to do even better. The team has to set targets one at a time, beginning with the Asian Games (2022 Hangzhou), then the FIH Men’s World Cup, and the 2024 Paris Olympics.”

About the performance of the women’s team at the Olympics, where the side finished fourth, Gurbux said, “I have followed their journey closely, and watched all their matches at the Olympics. They have performed beyond expectations, and should be very proud of their performance. Beating Australia 1-0 and then carrying that level of performance into the semifinal and bronze medal match is a great achievement. They have also tasted success, and now they must prioritise winning the Asian Games, which is not going to be an easy feat.”