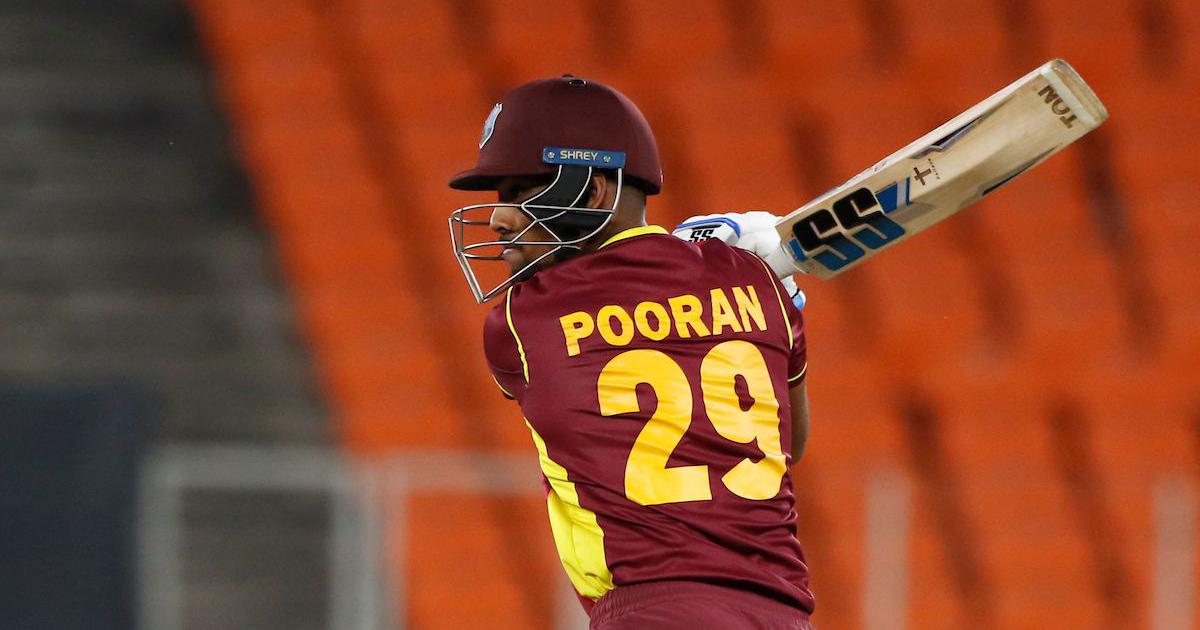 Not easy to put this out as captaining @windiescricket has been an honour like no other, but rest assured my passion and commitment remains firmly intact. pic.twitter.com/y502cfzoWB

Pooran led West Indies at the recent ICC Men’s T20 World Cup where the two-time former champions were eliminated before the Super 12 stage.

“This is not me giving up. I remain ambitious and still view the captaincy of West Indies cricket as an honour that is bestowed upon you,” Pooran said in the statement issued by CWI.

“There is no doubt I remain fully committed to West Indies cricket and I look forward to providing my services as a senior player in a supportive role. By stepping down now as the West Indies white ball captain I believe it is in the best interests of the team and for me personally, as I need to concentrate on what I can deliver to the side as a player. I desperately want us to be successful and the most value I can give to the team is through fully focusing on the role of consistently scoring runs at crucial times.”

Pooran first led the West Indies in the absence of Kieron Pollard, enjoying a T20 International series win against Australia at home (4-1). He was officially appointed as West Indies men’s white ball captain in May this year when Pollard retired from international cricket. The left-handed batter led the team in 17 One Day Internationals (ODIs) and 23 T20Is.

Cricket West Indies president Ricky Skerritt had vowed there would be “a thorough post-mortem” of the team’s World Cup exit.

The two-time champions crashed out in round one after defeats against Ireland and Scotland. The West Indies won the World Cup in 2012 and 2016 but since that last triumph they have lost six of their eight matches in the competition.

Skerritt had said in a statement that “a thorough post-mortem will be carried out on all aspects of our World Cup preparation and performance”.

Pooran added in his statement that, “I have given the captaincy a great deal of thought since the enormous disappointment of the T20 World Cup. I took on the role with great pride and dedication and have given it absolutely everything over the past year. The T20 World Cup is something that must not define us and I will readily get involved in the upcoming reviews. And whilst it will be several months until we reconvene as a squad, I want to give CWI plenty of time to prepare for the matches against South Africa in March and beyond.”

West Indies head coach Phil Simmons will be leaving his post after the upcoming Test series with Australia. A statement from CWI said Simmons would step down after overseeing the West Indies’ two-Test series against Australia, which gets under way in Perth on November 30.

In a statement released by the CWI then, Simmons said that while the T20 debacle had been “disappointing and heart-wrenching”, he had already been considering his position for “some time”.