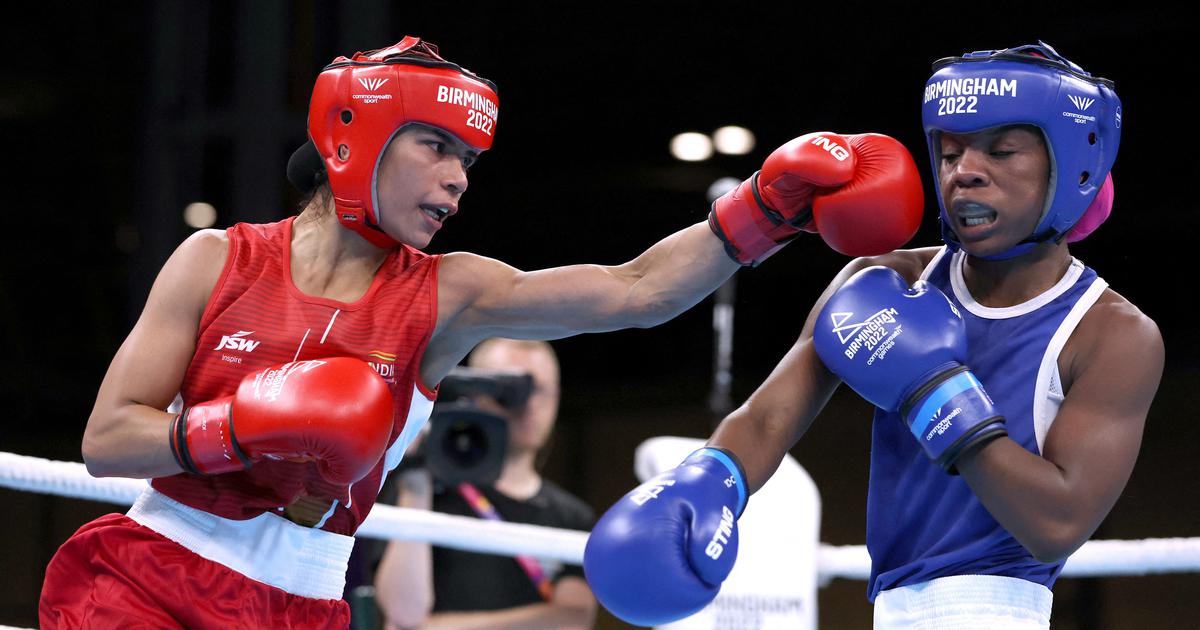 Indian boxer Nikhat Zareen made it into the final of the women’s 50kg light flyweight category in Birmingham on Saturday. Zareen defeated Savannah Stubley of England 5-0 in the semi-finals by unanimous decision.

Depending on a series of combinations, jabs and punctual left hooks, Nikhat Zareen took command of the bout right from the start. Although Stubley tried to counter, she failed to connect as the Indian escaped her punches comfortably.

In the final round, Zareen relaxed up and opted for defensive tactics, keeping her guard up against Stubley. The Indian countered when the Stubley attacked and remained light on her feet to avoid any punches flying her way.

Zareen will now lock horns with Northern Ireland’s Carly McNaul in the final on Sunday.

Separately, boxer Amit Panghal has also entered into the finals. Panghal, who is vying to win the yellow metal after his silver in the last edition, came from behind to beat an aggressive Patrick Chinyemba of Zambia with a 5-0 unanimous decision win.

Men stick to target, in final