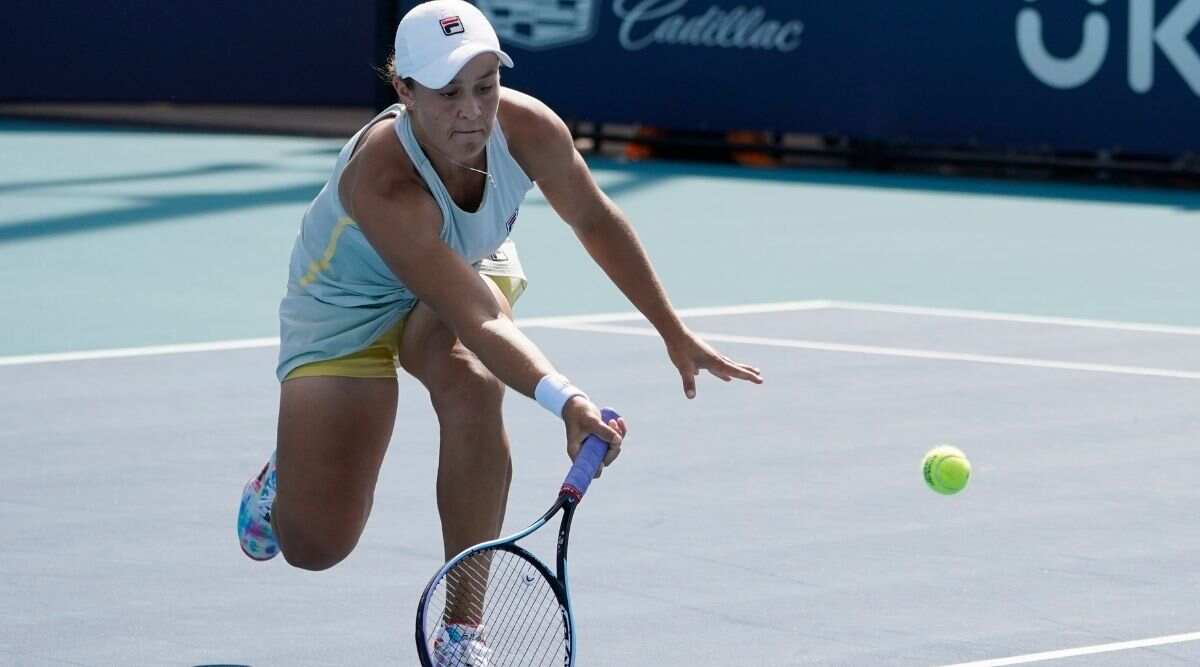 New Delhi: Top-seeded Ashleigh Barty was pushed to three sets for the third time in four Miami Open matches, but she prevailed again Tuesday to reach the semifinals.

Barty won the 2019 Miami Open, and the event wasn’t held last year due to the COVID-19 pandemic. She has won 10 consecutive matches in Miami.

The latest victory took nearly 2 1/2 hours with both players serving well. Barty got the only two service breaks of the match, to take a 6-4 lead in the first set and to take a 5-3 lead in the third set. Each time, she followed by serving out the set.

Sabalenka had seven break-point opportunities overall but couldn’t convert any of them. Barty went 2-for-4 on break-point chances.

The match marked the first time Barty opposed a top-10-ranked opponent in more than a year.

“It was a brilliant match today,” Barty said postmatch. “It was certainly the best level I’ve played for a long time and especially over a sustained period.”

Sabalenka appeared to sustain an injury in the middle of the third set before dropping the final three games.

“Aryna really made me bring out my best stuff today,” Barty said. “She’s an exceptional competitor and someone who I respect so much on the court. She’s just got the game to make you really uncomfortable so it was about trying to hang in there as best I could today.”

Svitolina cruised to her quarterfinal win in 70 minutes as Sevastova struggled with her serve. Sevastova put just 49 percent of her first serves in play, won only 33 percent of her total service points and saved just 1 of 7 break points.

Svitolina enters the semifinal matchup with a 4-1 career record against Barty, though Barty won their most recent meeting 6-4, 6-3 at the 2019 WTA Finals.