No fanfare in coronavirus-hit Olympics relay 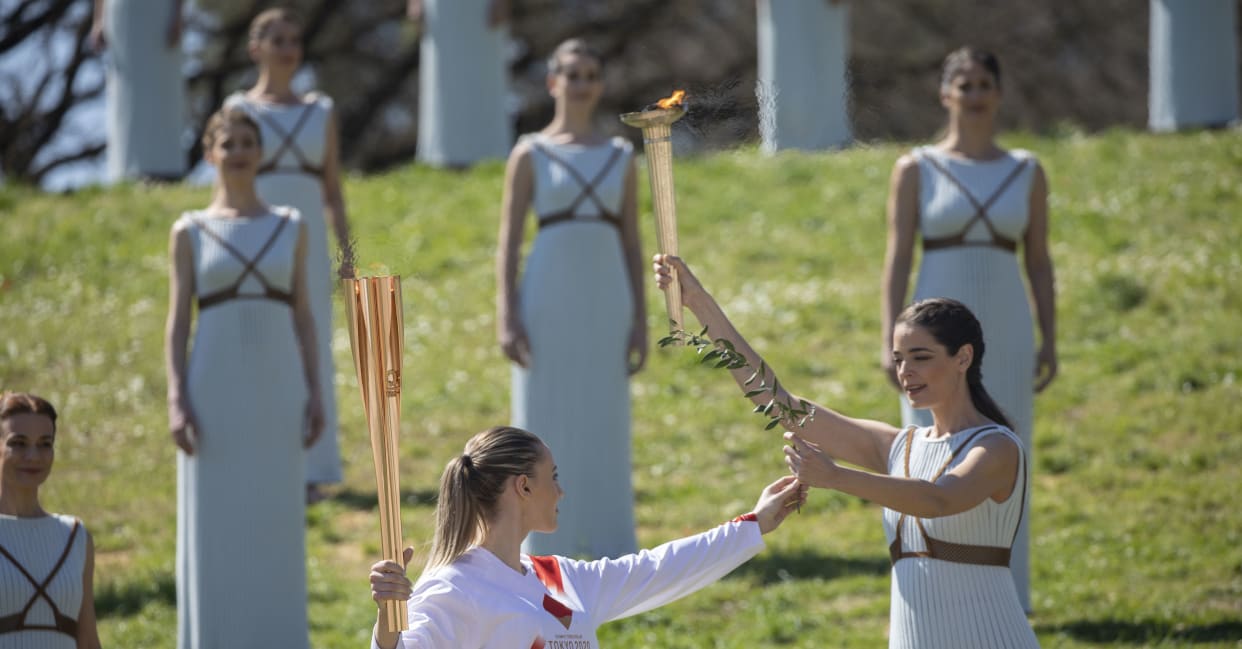 Tokyo: The Tokyo Olympic torch relay will start Thursday as planned in northeastern Fukushima prefecture but with no torch, no torchbearers, no public, and little ceremony.

There will be an Olympic flame that arrived on March 12 from Greece carried in a lantern and transported by a vehicle along what organizers hope will be empty roadsides, and with curious onlookers practicing social distancing to avoid spreading the coronavirus.

National broadcaster NHK has reported the plan, as has Japanese news agency Kyodo.

“I wish at least a runner could get in a car with the flame on the route,” Akio Oguchi, who was planning to run in the Nagano area, told Kyodo.

The Tokyo Games and the relay have been caught in limbo since International Olympic Committee President Thomas Bach said four weeks were needed to decide on an inevitable postponement of the planned opening on July 24. He has ruled out a cancellation.

Kyodo says the new name to replace “Torch Relay” will be “Torch Visits.” Under any name, it could be a very short event or the longest if it runs into 2021.

The Canadian and the Australian Olympic committees have already they will not send teams if the event remains scheduled for July. Other nations have followed suit, forcing the IOC and Japanese organizers to adjust plans, but create a mild farce as they attempt to hold on to others.

The Australian Olympic Committee is a bellwether. Its president is John Coates, a close ally of Bach, and also the head of an IOC inspection team that has visited Japan dozens of times. Coates is self-quarantined because of the virus, but his CEO Matt Carroll stated Australia’s position on Monday after a teleconference with the executive board.

“We have decided a plan towards hosting of the games in 2021 in Tokyo,” Carroll said.

Australia’s official statement says “Australian athletes should prepare for a Tokyo Olympic Games in the northern summer of 2021.”

The four-week waiting period will sort out the details for a decision that’s likely already been reached at least by several large national Olympic committees. Now the IOC needs time to negotiate with broadcasters and sponsors, and also convince Japan to come along.

As of Tuesday, Japan had 1,128 confirmed cases of the 42 deaths attributed to the coronavirus. The situation in Japan seems almost normal with ordinary daily activity continuing, a stark contrast to Europe and the United States.

The IOC had income of 5.7 billion in the last four-year Olympic cycle (2013-2016), and 73% was from selling broadcast rights. About half of that comes from U.S. network NBC. The IOC also has reserve funds of about 2 billion and insurance to cover loses.

Japan is footing most of the bills for hosting the games, and is likely to pay most of the added costs. Details of the agreement signed in 2013 between the IOC and Japan is available in the 81-page Host City Contract.

Japanese organizers say officially they are spending 12.6 billion to organize the Olympics, but a national audit says it’s at least twice that much. The expenditures are all public money except 5.6 billion in a privately funded organizing committee operating budget.

Bent Flyvbjerg, an author of “The Oxford Olympics Study 2016: Cost and Cost Overrun at the Games,” described the IOC as a “monopoly” in an email to the Associated Press and said it needs to be regulated and share more of the costs.

He said the IOC needs to “pick up a larger part of the bill for the games, which the IOC profits from. It is an economically unhealthy arrangement, which generates all sorts of inefficiencies and waste.”

He added: “Tokyo and Japan will pick up the added cost, unless the IOC makes an exception and expands the reserve fund, which is what the IOC should do from an ethics point of view.”

Flyvbjerg’s study has found the Olympics have the “highest average cost overrun of any type of mega-project.”

In the study, Flyvbjerg wrote: “For a city and nation to decide to stage the Olympic Games is to decide to take on one of the most costly and financially most risky type of mega-project that exists, something that many cities and nations have learned to their peril.”