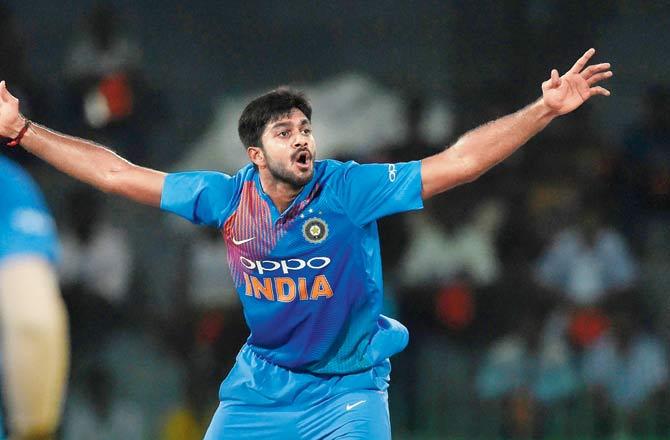 New Delhi: India allrounder Vijay Shankar has said there is no bad blood between him and Ambati Rayadu over the 2019 World Cup selection controversy.

Ryadu was excluded from the squad for Vijay Shankar. The then Board of Control for Cricket in India (BCCI) selection committee chairman MSK Prasad termed Shankar a “three dimensional” player while defending Shankar’s inclusion over Rayadu.

Shankar said comparisons made between are unfair as they have different roles and responsibilities on national duty.

Just Ordered a new set of 3d glasses to watch the world cup 😉😋..

“We talk well when we meet. There’s no personal issue between us. It just so happened that his (Rayudu’s) tweet became viral. I definitely don’t have any grudge against him. Even when I met him recently in Delhi, we had a super conversation,” Shankar told News18.

The 30-year-old was preferred over Rayudu for the World Cup team. Rayadu blasted Shankar’s selection by terming him “3-D player”.

Shankar said e had nothing to do with the “three-dimensional” moniker given to him.

“I have no connection to that. They gave me a tag randomly and made it viral. But after that tweet, I played three games for India in the World Cup and did decently. I didn’t do anything bad,” Shankar said.

“A lot of people compare me to Rayudu, but the batting orders and conditions we play in are different. It’s okay to even compare, but at least see which slots we’re batting in. A lot of people don’t know that. They don’t see that, and they just want to enjoy on social media at my expense,” he added.