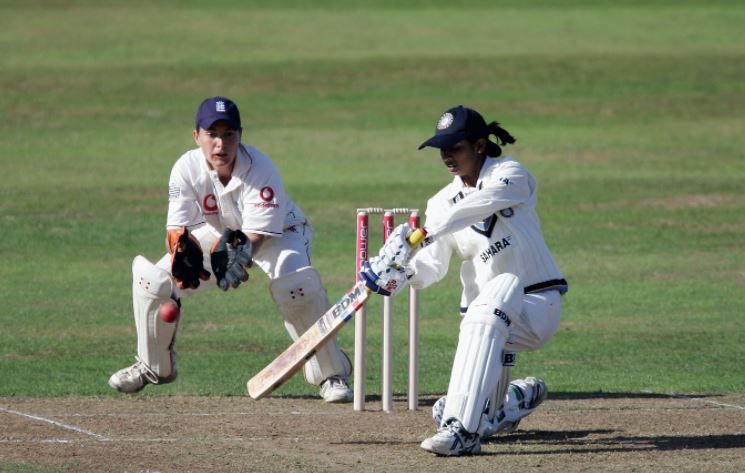 Mumbai: India women cricket team’s travel to England for their first Test in seven years will pit them in challenging conditions but the team is not going with a pre-determined plan.

Though this will be India women’s first Test in seven years, many of the current squad members featured in India’s last Test in 2014, also against England, at Wormsley.

Smriti Mandhana, Mithali Raj, Jhulan Goswami, Shikha Pandey, Punam Raut and Harmanpreet Kaur were in the Indian playing eleven in the 2014 Test and are also part of the current squad.

While the Test in 2014 was played in August, the latter part of English summer, when pitches tend to break after use during the season, the one-off Test in Bristol this time will be played from June 16, which is the early part of summer.

“I think there will be ball seaming around for batters and bowlers also. I think it is better when you land there [and decide]. Conditions in every part of England will be different,” Powar had said while speaking to media ahead of departure.

“We will try and adjust to that. There are a lot of things we will go there and assess. We will build on it (assessment). We can’t go in with a fixed mindset that we might get the sun out and get flat tracks or otherwise. You never know,” he had added.

There is one thing though that Indian women team batters are expected to do — play close to the body.

“Batsmen will obviously play close to the body. They will [have to] play with patience. When the sun is out, they will enjoy their batting. When the sun is down, put in hard work to get over their period. Bowlers, if there is a lot of help, they have to control your swing also,” he had said further.

The India women’s team leaves with the men’s team in the early hours of Thursday.