No word from Dhoni on retirement, says Kohli 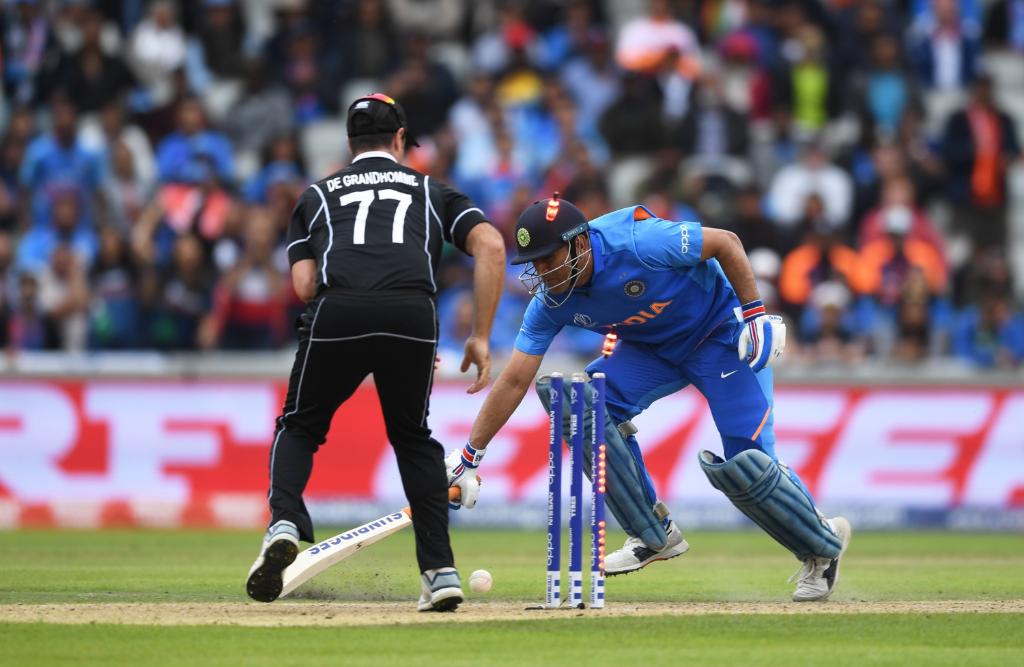 MS Dhoni's run out proved to be a turning point in the match.

Manchester: Questions surrounding whether M.S. Dhoni will retire refuse to die. And it was no different on Wednesday after India lost to New Zealand in the semifinal of the World Cup to crash out of the showpiece event.

When skipper Virat Kohli was addressing the media after the match, he was asked if the team had any information on Dhoni’s future plans or if the former India skipper had communicated anything to the team. Kohli kept it short and sweet. “No, he hasn’t,” he said.

Asked why Dhoni came in after Hardik Pandya, rather than stepping up to the challenge after India lost four top order batsmen inside 10 overs, Kohli said: “Well, he’s been given that role after the first few games of being in a situation where he can, if the situation’s bad, control one end like he did today or if there is a scenario where there are six or seven overs left and he can go and strike.”

While questions regarding Dhoni’s strike rate has dominated headlines, Kohli said that on Wednesday he was required to hold an end up as Ravindra Jadeja was playing really well and someone needed to hold fort at the other end.

“Look, it’s always a safer option to look at it from outside and say, ‘maybe this could have happened,’ but I think today he was batting with Jadeja and there was only Bhuvi (Bhuvneshwar Kumar) to follow. So he had to hold one end together in my opinion, because Jadeja was playing so well.

“You needed a solid partnership and to get a 100-run partnership from that situation, I think it had to be the right balance of one guy holding an end and Jadeja playing the way he did, his knock was outstanding.

“So as I said, when you don’t win in hindsight, a lot of things can reflect in different manners. But you have to understand how the game panned out and till what stage did the game go. And you would obviously expect New Zealand to fight back at some stage because the target was steep after losing five or six wickets. But the way they batted together, I think it was the perfect tempo for that situation,” he pointed out.

Conditions helped NZ but hats off to Jadeja, Dhoni for a fantastic fightback: Kris Srikkanth