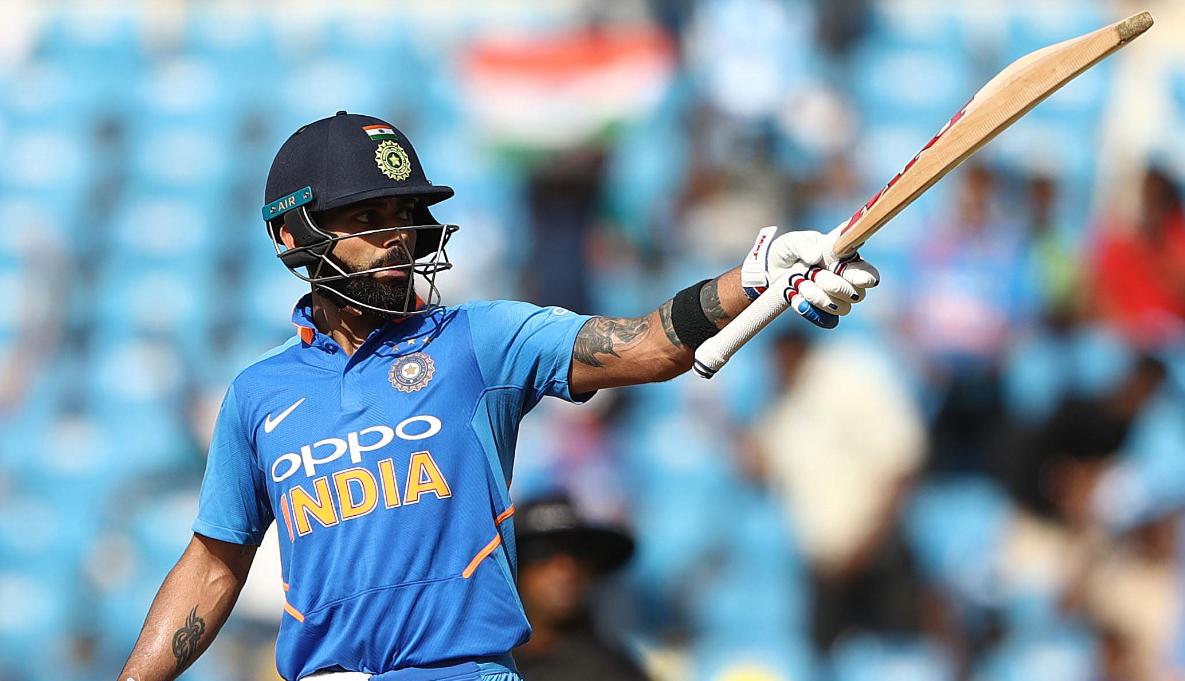 New Delhi: India skipper Virat Kohli turned nostalgic on Thursday after the Delhi and District Cricket Association (DDCA) unveiled a new pavilion stand bearing his name at the Feroz Shah Kotla in recognition of his contribution to the game.

“Never thought I would be honoured at such a grand scale. Don’t know how to address this as my family, wife, brother, sister-in-law are here,” said Kohli during the glittering function held at the Weightlifting Hall of the Jawaharlal Nehru Stadium here.

When I left home today, I told my family one anecdote…I remember getting a ticket to watch a game in 2001 at the stadium and asking for autographs from players… So today to have a pavilion in my name at the same stadium is surreal and a great honour @imVkohli

“It was in 2001 (2000) during a match against Zimbabwe, my childhood coach Rajkumar Sharma gave me two tickets. I remember clinging to the gallery grill asking for Javagal Srinath’s autograph. I was telling my brother how far we have come.

“So today to have a pavilion in my name at the same stadium is surreal and a great honour,” he added.

Thank you @delhi_cricket and @BCCI for bestowing this honour upon me. The pavilion will remind me of my journey in life and in cricket but most importantly I hope it will serve as an inspiration for the next generation of young cricketers of our nation.

A short video and an animation film on Kohli’s journey from being an U-19 player to India captain was shown during the event, which was attended by the entire Indian cricket team and support staff.

Talking about his relation with late Arun Jaitley, Kohli said: “I told Arun Jaitley ji’s family that the world knew him differently but I have known him just as a human being.

It's official: Ladies and Gentlemen…..Welcome to the Arun Jaitley Cricket Stadium.

“He came to my residence after my father’s death and gave me courage and strength. It’s a momentous occasion today,” added Kohli, who along with the Indian team was felicitated by Sports Minister Kiren Rijiju.

What an honour to be with the squad to see the Feroz Shah Kotla stadium being renamed after our former Finance Minister, late Arun Jaitley Ji. Also congrats to @imVkohli for his achievement of 'Virat Pavilion Stand' at the stadium. 🤗 pic.twitter.com/43MyhdvCWN