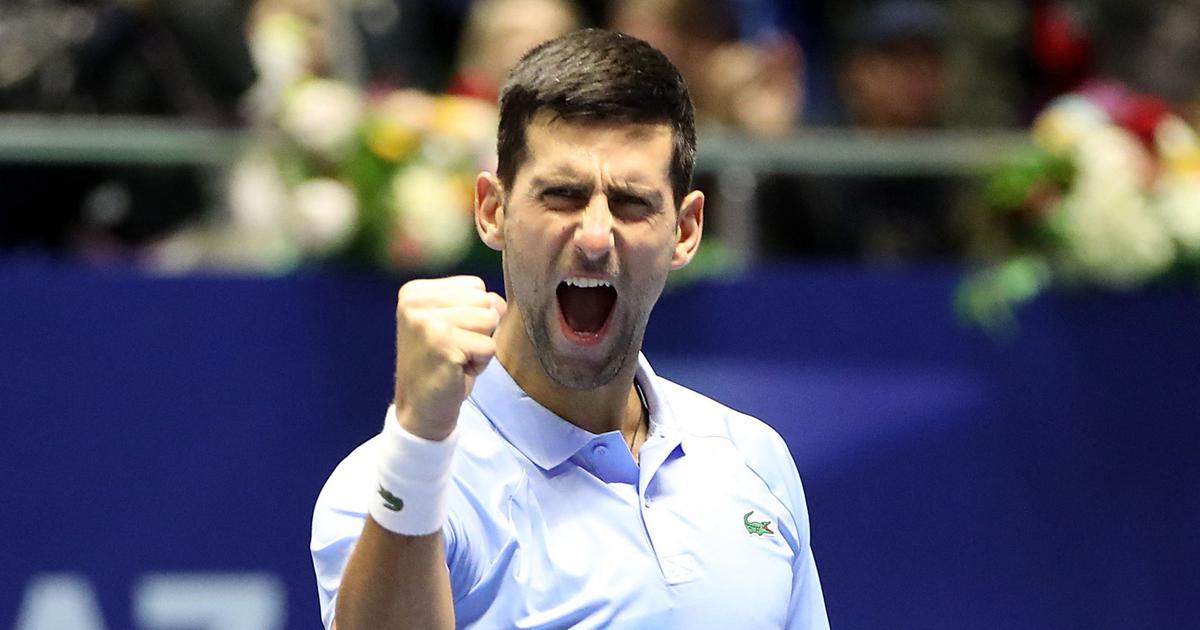 Novak Djokovic claimed the 90th title of his career and the fourth of 2022 with a dominant straight-sets victory over Stefanos Tsitsipas in the ATP final in Astana on Sunday.

The 35-year-old Djokovic triumphed 6-3, 6-4 in 75 minutes to add to the trophies he won this season in Israel, Rome and at Wimbledon.

It was the ninth consecutive match victory for the fourth seed, who guaranteed himself a spot at the 2022 ATP Finals as a result of the win.

“I dared to dream, actually,” Djokovic replied when asked if he had ever imagined he would win 90 titles.

The Serb won in Tel Aviv a week ago, his first singles tournament since wrapping up a seventh Wimbledon crown and 21st Grand Slam title in July.

He was banned from the US Open and the entire North American hard court swing over his refusal to be vaccinated before returning for Roger Federer’s farewell in the Laver Cup team event in London last month.

His time away had increased his motivation, he agreed. “Well, it did,” Djokovic said. “I could not ask for a better re-start of the season. I’m super-pumped and motivated to end the season as well as I have done these past couple of weeks.”

For third-seeded Tsitsipas, who had been bidding for a tenth career title, it was a ninth defeat in as many ATP Tour 500-level finals he has played in.

Djokovic got off to a flying start, winning the first game at love in a little over one minute.

With Tsitsipas serving at 3-4, Djokovic took the only break point of the first set.

Djokovic earned another break in the fifth game of the second set when a Tsitsipas drop shot fell into the net.

The Serb converted his third match point with a backhand winner into an open court.

“I’m just very grateful and blessed to be able to play this well at this stage of my life,” Djokovic added.

“You know, 35 is not 25. But I think the experience, probably, in these kinds of matches and big occasions helps as well to approach mentally in the right way.”

Djokovic leads Tsitsipas 8-2 in their meetings and has won the past seven clashes.