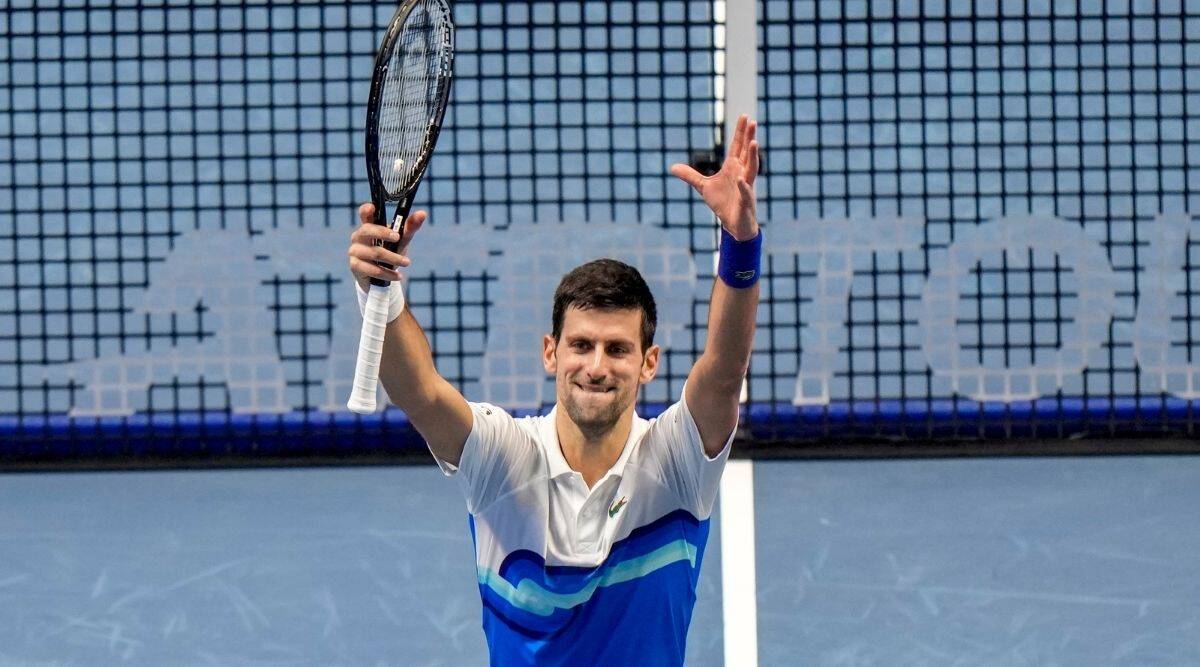 Top-ranked Novak Djokovic secured a victory for Serbia, 40-year-old Feliciano Lopez got defending champion Spain off to a solid start, and a young Italian team rolled past the 32-time champion United States in the Davis Cup Finals here.

Djokovic beat Dennis Novak 6-3 6-2 to give Serbia a 2-0 lead over host Austria after Dusan Lajovic had defeated Gerald Melzer in three sets to open the best-of-three series in Group F on Friday. The victory extended Djokovic’s winning streak in Davis Cup singles matches to 15.

“It feels great to play for Serbia again,” said Djokovic, who helped his country win the Davis Cup in 2010 but more recently failed to win a medal in either singles or mixed doubles at the Tokyo Olympics. “It’s been a long year but you always find motivation playing for your country.” Djokovic won seven consecutive games from 3-3 in the first set to take control.

“I’m really pleased with the way I ended the match today,” he said.

Djokovic had also been scheduled to play in a potentially decisive doubles match but then was replaced by Nikola Cacic after winning his singles match. Lopez gave Spain an early lead over Ecuador in Group A with a 6-3 6-3 win over Roberto Quiroz at home in Madrid. Then Pablo Carreno Busta edged Emilio Gomez 5-7 6-3 7-6 (5).

Lopez was thrust into singles action when Carlos Alcaraz had to be dropped from the team after testing positive for the coronavirus on Thursday, as Spain was already without injured Rafael Nadal and Roberto Bautista Agut.

The United States, meanwhile, got off to a rough start against host Italy in Turin. Lorenzo Sonego beat Reilly Opelka 6-3 7-6 (4) in his home city in Group E and then Jannik Sinner dominated against John Isner 6-2, 6-0.

Rajeev Ram and Jack Sock beat Fabio Fognini and Lorenzo Musetti in doubles 7-6 (5) 6-2 to make the final score 2-1. Still, for an Italian team missing its top player, Matteo Berrettini  who is injured  it was quite a start.

“There were a lot of firsts today: Sonego and Sinner made their Davis Cup debuts, I made my debut as captain, Musetti also made his debut and played with Fognini for the first time,” said Italy captain Filippo Volandri. “But this is only the first step.”

Each matchup on indoor hard courts is a best-of-three series featuring two singles and one doubles match. The six group winners plus the two second-place teams with the best records based on sets and games will advance to the quarterfinals.

The semifinals and final will be played in Madrid. Lopez, who was once ranked as high as No. 12, has fallen outside the top 100 in both singles and doubles. His career has gone on for so long that he has already started his post-playing career, having been named the Madrid Open tournament director.

“I still have the passion for the game. This is obvious,” Lopez said. “I’ve been waiting for an opportunity like this. I didn’t expect to be playing but many things happened this week. I ended up playing a great match.”

The big-serving Opelka double-faulted to hand Sonego the only break of their match and then made a few more errors in the tiebreaker as the Italian closed it out with a volley winner on his first match point. Isner, who is also one of the biggest servers on tour, held serve only twice against the 20-year-old Sinner, a new top-10 entrant.

“I can’t remember a match that I lost that easily,” Isner said.

“Maybe this is the first time. … I wasn’t getting any free points. It made it very tough for me. He was locked in. He’s hitting the ball extremely well and has a lot of confidence. … Even if I played at my absolute best, I don’t know if I could have beaten him today.”