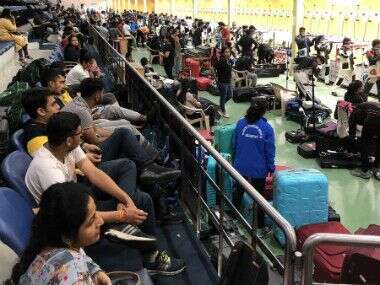 New Delhi: The Sports Authority of India (SAI) has cancelled the membership of the two marksmen involved in a scuffle inside the Dr Karni Singh Shooting Range here while the national federation has asked its Athletes Commission to launch an inquiry into the incident.

Ugly scenes were witnessed at the range on Sunday when the two errant shooters — Babar Khan and Yoginder Pal Singh, a former member of the Indian double trap team, got into a fight after an argument regarding the scheduling of rounds.

The breach of discipline forced the National Rifle Association of India (NRAI) to act against the shooters.

“The NRAI has referred the matter to the Athletes Commission and asked them to look into it, send them a notice and launch an inquiry. Meanwhile, their ‘pay and play’ scheme membership has been cancelled by SAI,” an official of the federation said.

Fellow shooters and coaches present there at the time of the incident had to physically restrain the two and bring the situation under control.

A video clip of the incident was also circulated.

The Karni Singh Range is a property of Sports Authority of India and shooters are are allowed to use the facility under SAI’s ‘pay and play’ scheme.