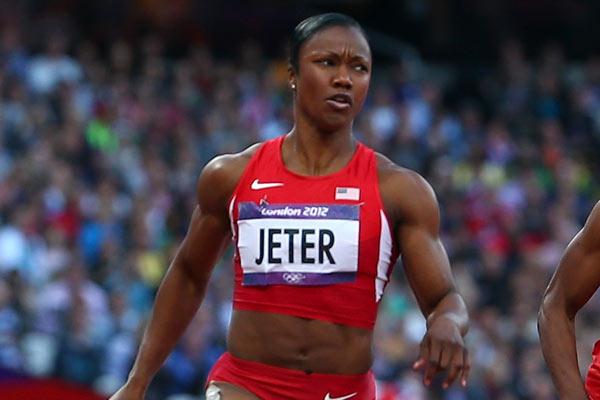 New Delhi: Olympic medallist American sprinter Carmelita Jeter was on Thursday named as the international event ambassador for the 15th edition of Airtel Delhi Half Marathon (ADHM) scheduled to be held here on October 20.

Jeter holds the record for the second-fastest timing in women’s 100m dash (10.64 seconds) behind Florence Griffith-Joyner. Griffith-Joyner passed away on September 1998.

The 39-year-old Jeter became the fastest woman alive when she won the 100m race at the Shanghai Golden Grand Prix in 2009.

Jeter is mighty excited to be associated with the ADHM 2019, which over the years has championed the running movement in India.

“It”s an honour for me to be a part of this most prestigious half marathon, as its event ambassador. Running is the best form of exercise, as it boosts one”s mind and body,” Jeter said in a statement.

“It”s amazing to see amateurs focus on running technique and train with passion, for a fitter lifestyle. I look forward to the complete experience and I am eager to watch runners go beyond their personal limitations.”

Jeter has three World Championships bronze medals to her name as well.

“This year is special to us as we celebrate the 15th anniversary of the Delhi Half Marathon and it is a matter of pride for us, to have the fastest woman alive join in the celebrations,” he said.

“Carmelita Jeter is both an achiever and a huge inspiration. We are elated to have her on board for ADHM 2019, to inspire our ever-growing number of participants.”

After an illustrious career, Jeter retired from track and field in 2017.