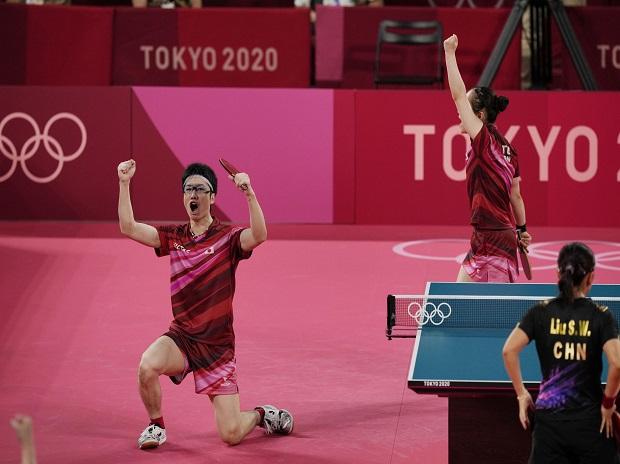 Upset with the second-place finish, Liu burst into tears in the mixed zone.

“I cannot accept this result. I feel quite sorry for our group,” she said.

“The whole team has done a lot in our preparation, but we didn’t play our best today, whether in terms of the result or process,” Liu added.

The loss handed Japan its first table tennis Olympic gold since the sport debuted at 1988 Games in Seoul. Japan had only taken two silver and two bronze medals in table tennis at previous Olympics.

China had claimed all four table tennis gold medals on offer at the previous three Olympic Games, but it will not be another clean sweep for the sport’s powerhouse following Xu and Liu’s defeat, Xinhua reports.

The mixed doubles event was making its debut at the Olympic stage in Tokyo, with each association eligible to dispatch only one pair for the event.

In the clash between the tournament’s top two seeds, Xu and Liu started well to build a 2-0 lead.

Tying at 7-7 in the third set, Mizutani and Ito gradually gained the upper hand with aggressive attacks, pulling one set back 11-8, and pocketing the two following sets 11-9, 11-9 to turn things around.

Xu regarded the third set as a turning point.