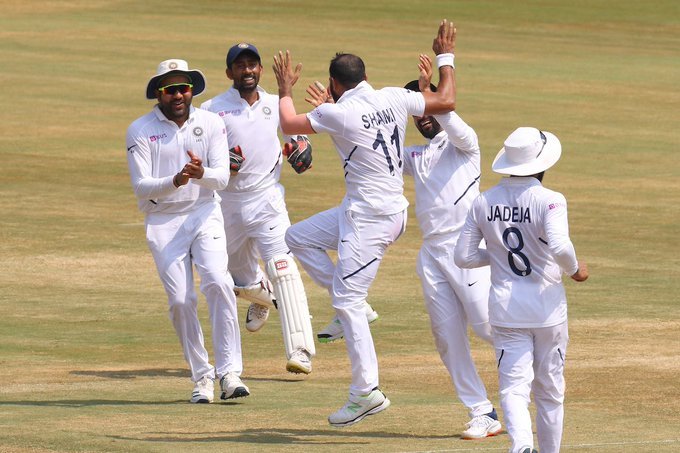 India would be expected to go all out to seal series victory against South Africa in the second Test at Pune.

Mumbai: Indian bowling coach Bharat Arun made a pertinent point ahead of India’s second Test against South Africa in Pune.

He said if India are to become the top-ranked Test team then they should stop worrying about the nature of the pitch and master all playing conditions, whatever it may be.

He is absolutely correct in his assessment, primarily because for India’s ambition to be fulfilled they would atleast play 50% of their matches abroad.

Every team would hope to seek home advantage in a Test series. The Indian team management is keen to push boundaries to broaden their horizons.

Chief coach Ravi Shastri regularly says that to excel in sports one has to challenge oneself regularly. Players cannot be complacent at any moment and strive to improve themselves consistently.

The Vizag wicket behaved decently for the first three days but after that began to play tricks. Senuran Muthusamy and Dane Piedt though handled the threat of India’s spin duo – Ravi Ashwin and Ravindra Jadeja – admirably. They rotated the strike and use their feet to play lofted strokes to strike up a useful partnership of over 80 runs.

Arun’s comments come at an interesting time, barely a couple of days before the second Test and presumably after seeing the texture of the MCA track in Pune.

The MCA pitch attained notoriety in 2017, when India’s Test against Australia barely stretched for three days. Spinners took 31 wickets between them and the pitch received a ‘poor’ rating from the ICC. 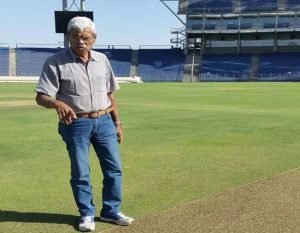 All eyes will be on the Pandurang Salgaonkar prepared MCA pitch.

Former Maharashtra speedster Pandurang Salgaonkar was the pitch curator but it was the BCCI curator’s last minute tweaks that made the pitch virtually unplayable. Those last-gasp changes made the track a minefield. The balls turned square off the pitch, to the extent that even the bowlers found it difficult to control the spin.

Despite the difficulty in negotiating spin on such a track, Steve Smith scored a gem of a hundred but couldn’t prevent India from winning. Salgaonkar was castigated for making an ‘unplayable’ pitch.

Now nobody is allowed to take a look at the pitch apart from the team management. But it could be safely said that Salgaonkar isn’t going to take any chance this time around. He is expected to produce a placid pitch, where the team winning the toss would look to bat, bat and bat.

Salgaonkar’s reputation took a beating after the incident and he was even suspended for by the ICC for six months for failing to report a fixing attempt to anti-corruption authorities.

So he would be keen to make amends, the easiest way to which would be to make a batsman’s paradise where stroke-making would be easy. Unless a batsman makes a mistake it would be difficult to dislodge him.

In such conditions, reverse swing might come in handy, for which ‘maintaining’ the ball is essential. The Indian team would have to do this discreetly for Mohammed Shami, India’s frontline old ball bowler, to be successful.

India is expected to go in with two-medium pacers, like in Vizag. However, Ishant Sharma’s position should be up for scrutiny. It isn’t sensible to pick a pacer just for the sake of bowling a short three-four over spell with the new ball, particularly when Ashwin is more than capable of operating with the new ball.

India could try out the Shami-Ashwin combo with the new ball and blood in Kuldeep Yadav in place of Ishant. But all is not lost for the pacers as rain, cool breeze and moisture is expected to give them some encouragement.

The MCA wicket has often behaved unpredictably and those who can move the ball has been successful at the venue. Maharashtra medium pacer Samad Fallah is deadly on the pitch because whatever the conditions, the left-armer has the ability to swing the ball both ways.

Whether they go for a two pacer-two spinner combination or a three spinner plus Shami combo, India’s bowling combination would give an insight as to their reading of the wicket.

Rohit Sharma didn’t make too many technical adjustments as an opener but certainly changed is mental approach while facing the new ball.

Normally he loves to play those big booming cover drives, which he usually does when he bats at No.6 when the ball is old. But while facing the new ball, he didn’t attempt his trademark cover drives before getting his eye in. 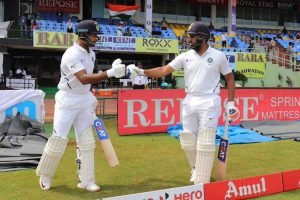 Opener Rohit disciplined himself to such an extent that stayed on the backfoot, played from the crease rather than plunging forward. Once he played out the first 45 minutes, he opened up to score centuries in both innings.

The team is settling in nicely and if rain doesn’t play spoilsport, then India would be expected to wrap up the series in Pune itself.

Away Test wins should be rewarded with double points, says Kohli