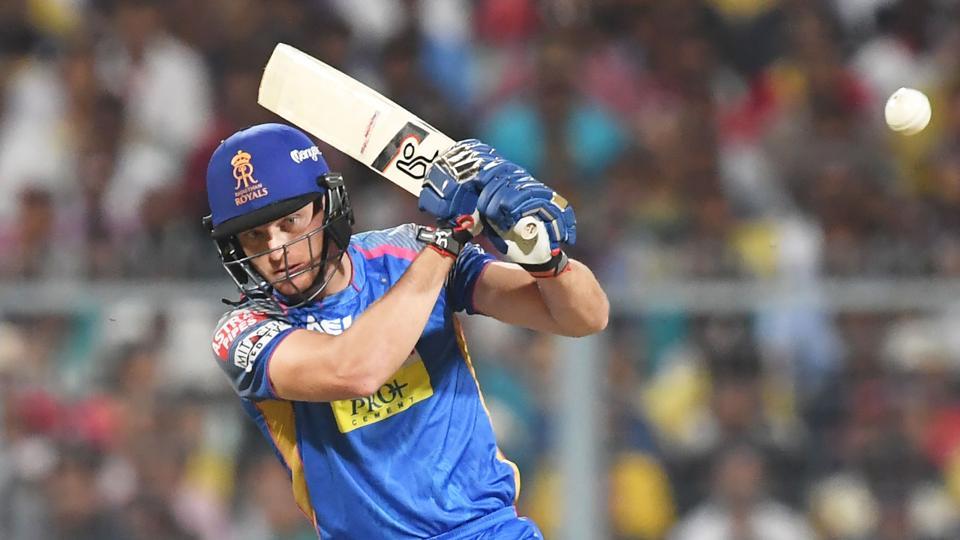 Jos Buttler has been in good form in this year's IPL

New Delhi: India opener Rohit Sharma turned a new leaf in his career when Mahendra Singh Dhoni asked him to open the innings for India. There was no looking back for the run-machine since. But he isnt the only one who has benefited from being pushed to the top of the order. Rajasthan Royals opener Jos Buttler turned from an impressive batsman to a match-winner when RR decided to make him open last season in the Indian Premier League.

Speaking to IANS, the Englishman said that it is indeed true that his career has gone from strength to strength after he was made to open the innings for Rajasthan in the last edition of the cash-rich league. From being a quality bat, he went on to become a destructive player who can now change the course of the match with bat in hand.

“It has been an incredible year personally. I think last year when I started with the Royals, I was doing okay, but I wasn’t quite feeling like I was showing exactly what I was capable of and a change to the top of the order coincided with a great run of form and from there I was very lucky to be involved with England in Test match cricket and had a really enjoyable summer. Have been riding that wave ever since and looking to make it continue and last as long as possible,” he smiled.

While he has been in top form, this IPL will be remembered for KXIP skipper R. Ashwin ‘Mankading’ him in their opening game. From a position of strength, Royals lost the game. While many believed that his sudden and uncharacteristic dismissal changed the course of the game, Buttler begs to differ.

“I am not sure it changed the course because we were still confident that we would go over the line. I just feel we were in a good position and couldn’t finish the game from there. I think the guys actually handled everything really well and didn’t seem to get too distracted by it. Unfortunately we just didn’t quite play well enough in the end to win the game. It is always frustrating when you don’t finish the games, but you have to learn from that,” he pointed.

Asked to comment on what makes his journey with the Royals special, Buttler said: “I have really enjoyed the environment at Rajasthan. There is a nice relaxed atmosphere round the group and it is a great franchise to be a part of. This is my fourth IPL and I am taking the experiences from the first two with Mumbai Indians and a more successful season last year with the runs I scored (for RR) and I keep looking back at them to know what works for me and how to keep getting the best out of myself. Have enjoyed the role at the top of the order,” he said.

RR brand ambassador Shane Warne feels that Buttler is a champion cricketer and the wicket-keeper feels that it has been quite an experience to interact with someone like the legendary leg-spinner.

“It was an amazing experience to get to know Warne. Obviously one of the best players to have played the game and I loved listening to him and talk about the game and how he sees things. He got the best out of people last season as mentor and I think that rubbed off on me as well. It was a privilege to get to know him. This is one of the fantastic things about the IPL that you get to be coached by some of the best in the world,” he acknowledged.

After the highly successful season in 2018, there were questions if Buttler could continue the form into the 12th edition and to be fair to the Englishman, he has done it in style. “It is never easy, but I think I have understood my game a lot more in the last couple of years and know how to get the best out of myself more consistently and just look to do that. I don’t try to think too much about last season or emulate that. I take it one game at a time and adapt to conditions and keep trusting my play,” he said.