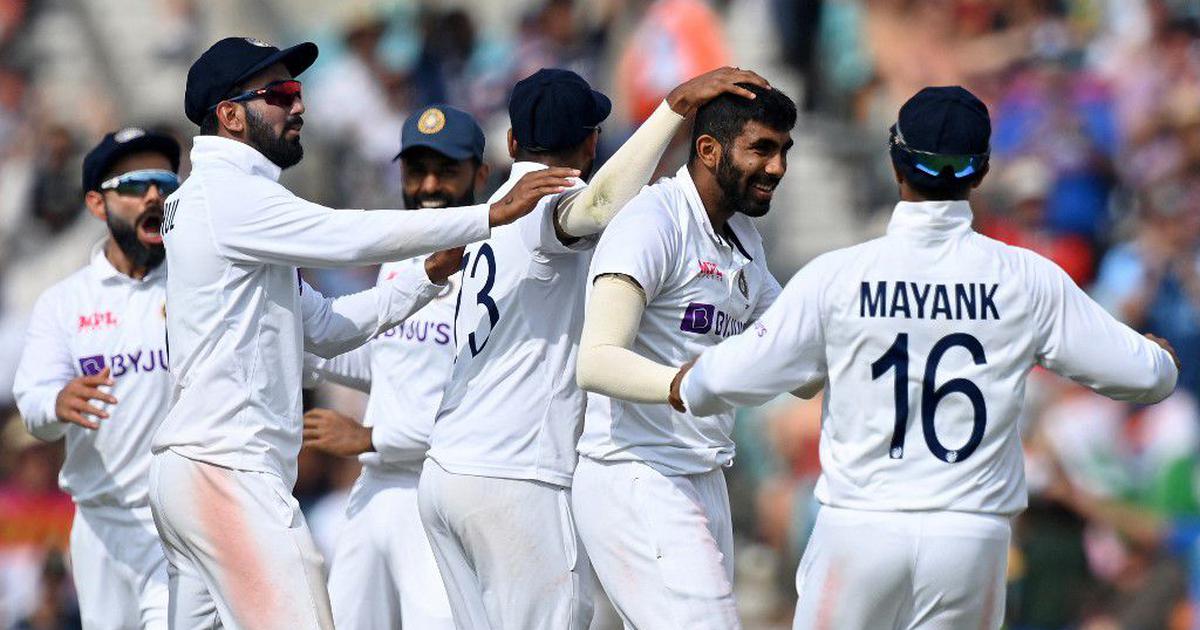 London: India beat England by 157 runs to win the fourth Test at the Oval on Monday and take a 2-1 lead in the five-match series.

England, set 368 to win, were dismissed for 210 after tea on the last day as India triumphed in a match taking place just over fifty years on from their first Test – and series – win in England at the Oval in 1971.

England were relatively well-placed at 141-2 after lunch before left-arm spinner Ravindra Jadeja and fast bowler Jasprit Bumrah both struck twice in a spectacular collapse that saw the hosts lose four wickets for six runs in 36 balls.

THEY’VE DONE IT! ❤️🔥
A historic win at the Oval by 157 runs!
INDIAAAAA, INDIAAAAA 🇮🇳🇮🇳🇮🇳

Recalled paceman Umesh Yadav, who took 3-60, cleaned up the tail and ended the match when James Anderson was caught behind.

Earlier in the match, opener Rohit Sharma made 127 – after being missed twice in the slips – for his first Test hundred outside of India as the tourists piled up 466 in their second innings, having conceded a first-innings lead of 99.

India all-rounder Shardul Thakur, recalled after suffering a hamstring injury in the drawn first Test at Trent Bridge, hit half-centuries in both innings and the paceman also captured the key wicket of England captain Joe Root on Monday.

The series concludes with the fifth Test at Old Trafford, Manchester, starting on Friday.

This is among the top-three bowling performances I have seen as India skipper: Virat Kohli