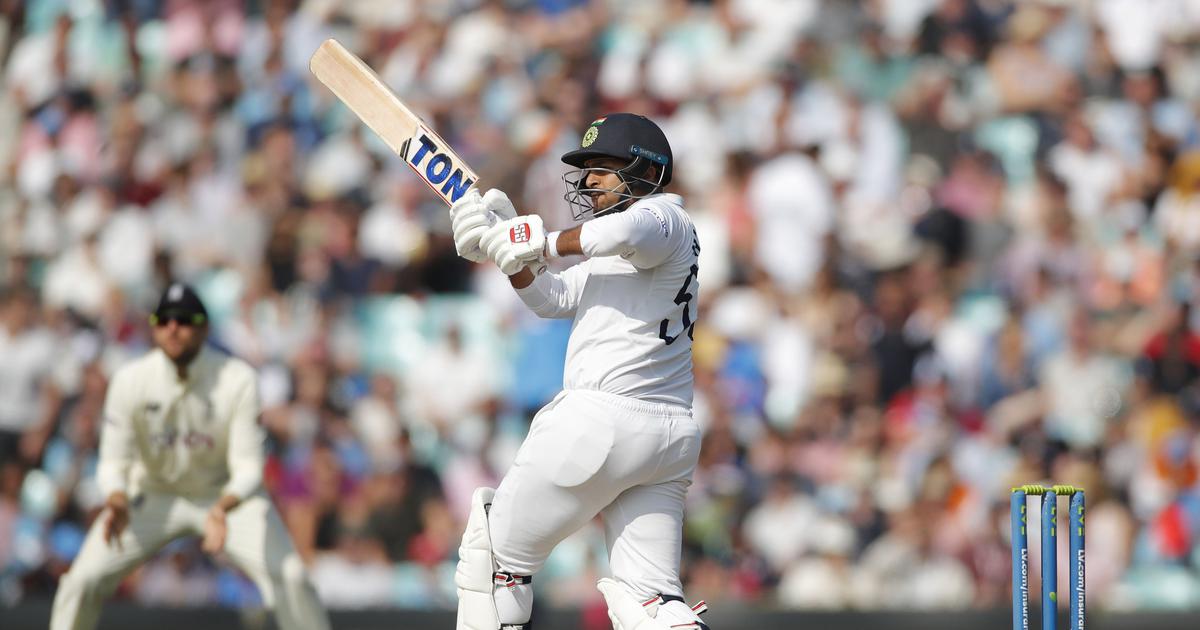 London: Rory Burns and Haseeb Hameed held firm on Sunday to give England hope of a record-breaking win in the fourth Test against India at the Oval.

A very calm and impressive start 👌

England were 77/0 at the close of the fourth day, needing a further 291 runs to reach a daunting target of 368 after India had piled up 466 in their second innings, with Rishabh Pant and Shardul Thakur sharing a stand of exactly 100.

But England left-hander Rory Burns was 31 not out on his Surrey home ground and fellow opener Hameed unbeaten on 43 to set up a tantalising finish with this five-match series already intriguingly poised at 1-1.

India were unable to breakthrough after they had again left out star off-spinner Ravichandran Ashwin, a bowler with 413 Test wickets to his credit but yet to feature this series, on an Oval pitch renowned for taking turn late in the game.

Even so, the odds were still in India’s favour.

The most England have made more to win in the fourth innings of a Test is 362-9, requiring 359, against Australia at Headingley in 2019.

But Ben Stokes, whose unbeaten century saw England to that thrilling one-wicket win two years ago, is not playing in this series while the all-rounder takes a mental health break from all cricket.

No team have made more to win in the fourth innings of a Test at the Oval than England’s 263-9 against Australia back in 1902.

When India captain Virat Kohli was out for 44 before lunch his side were 312-6, a healthy but not unassailable lead of 213 runs.

For Thakur, fit following a hamstring injury that had kept him out since the drawn first Test in Nottingham, it was his second fifty of the match following his 57 in India’s first-innings 191.

Umesh Yadav and Jasprit Bumrah piled on the runs on a sunny afternoon in an innings that saw England spend over 11, energy-sapping, hours in the field.

Thakur was especially severe on a tiring pace attack with left-hander Pant, who’d so often given his wicket away this series, sensibly playing himself in before going for his shots.

Even James Anderson, Test cricket’s most successful fast bowler, was made to look every one of his 39 years when Thakur hoisted him through deep midwicket, with the ball no longer deviating in the air or off the pitch.

Such was Thakur’s command, he drove an Ollie Robinson slower ball high over long-on for six.

England’s plight in the field was summed up when, with India 376-6, Pant was sent back by Thakur after going for a needlessly risky single on 37 only for Moeen to miss with a shy at the stumps from midwicket with Hameed, who fumbled the return, also failing to run him out.

Yadav, however, hit two sixes before he was last man out for 25.

Despite the run-spree Chris Woakes, playing his first Test in over a year, took an economical 3-83 in 32 overs to go with the paceman’s 4-55 in India’s first innings.

The Warwickshire all-rounder also made 50 in England’s first-innings 290.

Rohit Sharma had led the way with 127, his first overseas Test century, after being missed twice in the slips and with Cheteshwar Pujara (61) he frustrated England during a second-wicket partnership of 153.

But Woakes reduced India to 296-5 with a burst of 2-0 in nine balls as he had both Ravindra Jadeja (17) and the struggling Ajinkya Rahane (0) lbw.

Kohli was in fine touch until caught at slip off Moeen – his 21st successive Test innings without a hundred.

India head coach Ravi Shastri was unable to watch Sunday’s proceedings at the Oval, having been forced to remain in the team hotel after testing positive for Covid-19 late Saturday.