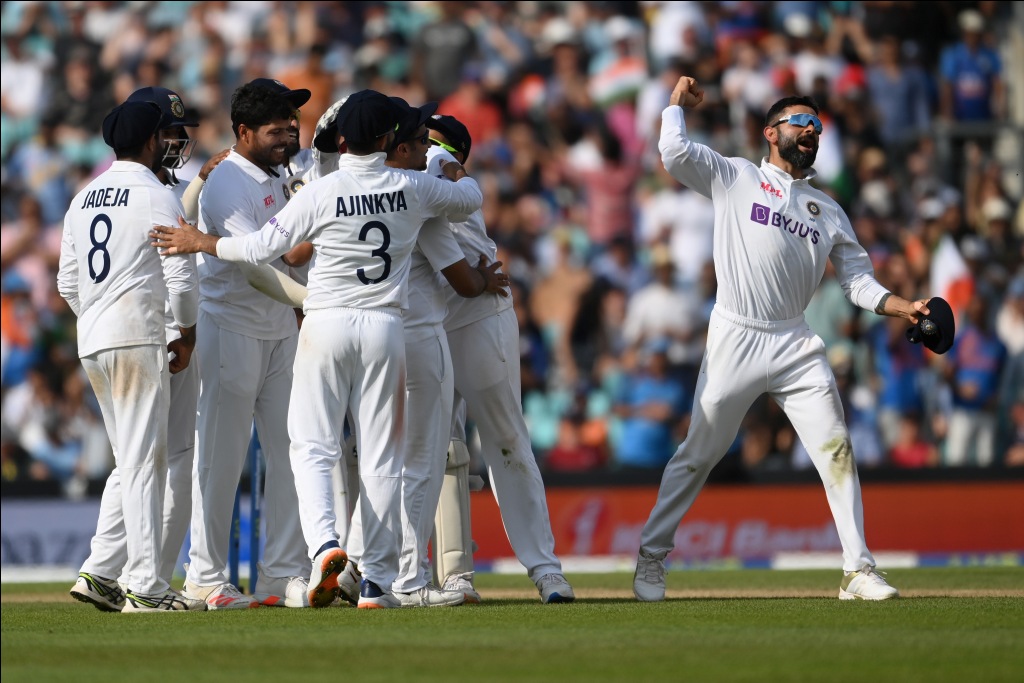 London: India pulled off a sensational 157-run win in the fourth Test against England, only their second-ever at The Oval and first at the venue after 1971, to take an unassailable 2-1 lead in the five-match series. This is also only the second time in history — after 1986 — that India have won two Tests on one tour of England.

Resuming from 77/0, Rory Burns got two boundaries off Umesh Yadav to begin the first hour of the session on a confident note.

Avoiding defeat in the final test at Old Trafford starting on Friday would see India win a test series in England for just the fourth time, after 1971, 1986 and 2007.

On a day when almost everything went right for Virat Kohli, India’s hyperactive captain who taunted England supporters at times on Monday, Jasprit Bumrah was the star turn for the tourists with an inspired spell of pace bowling (2-6 off six overs) that brought about the middle-order meltdown from 141-2 to 147-6 in 36 balls.

Bumrah bowled Ollie Pope and Jonny Bairstow in that spell, finishing with figures of 2-27 off 22 overs.

That turned a match that appeared to be heading for a draw on a docile pitch into a likely win for the Indians.

And it was clinched when Umesh Jadav got an edge behind off Jimmy Anderson (2).

India’s other victory in the series — in the second test at Lord’s — was also sealed in the final session on day five after an England collapse.