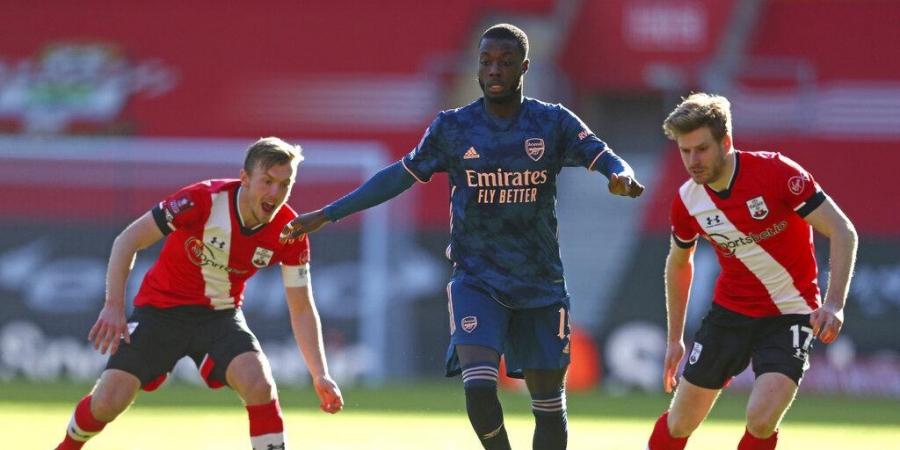 Southampton: Last season’s FA Cup winner Arsenal was eliminated from the competition in the fourth round on Saturday thanks to Gabriel’s own goal in a 1-0 loss to Southampton.

In an otherwise close game, Gabriel’s decision to try to block a shot from Kyle Walker-Peters proved decisive for Arsenal losing its hold on the cup.

Right-back Walker-Peters was allowed plenty of space to overlap the Arsenal defense, but his shot looked to be heading narrowly wide of the far post before Gabriel’s failed attempt deflected the ball off the post and in.

It was the first goal Arsenal had conceded since Dec. 26 after five consecutive shutouts.

Southampton moves on to a fifth-round game away at Wolverhampton, which beat sixth-tier Chorley on Friday.

Premier League clubs Manchester City, Brighton, West Ham and Sheffield United are all in action later Saturday against lower-league teams. There is also a rescheduled Premier League game between Aston Villa and Newcastle.