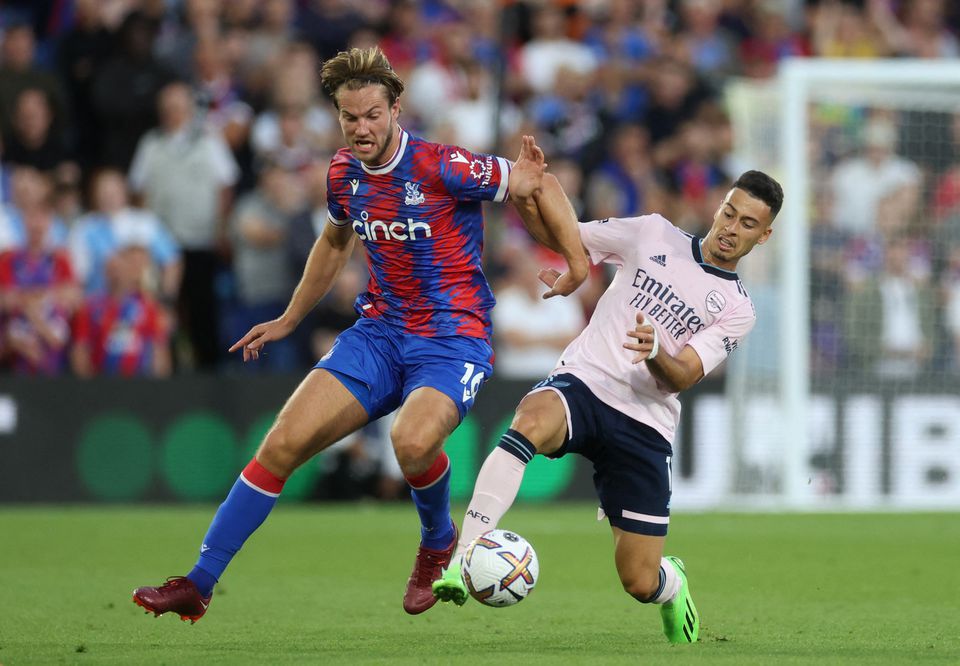 London: Arsenal battled to beat Crystal Palace 2-0 on Friday to get the new Premier League season underway, with Gabriel Martinelli scoring the first goal before home defender Marc Guehi turned the ball into his own net late on at Selhurst Park.

The hosts could have levelled either side of the break and Arsenal goalkeeper Aaron Ramsdale had to pull off a couple of brilliant reflex saves to deny Odsonne Edouard and Eberechi Eze.

Palace coach and ex-Arsenal midfielder Patrick Viera threw everyone forward for the last 15 minutes but the visitors doubled their lead when Saka’s cross was deflected into his own goal by Guehi in the 85th to seal the points for the away side.

The Gunners, who finished fifth last term, took the lead in the 20th minute when new signing Oleksandr Zinchenko headed Bukayo Saka’s corner back across goal and Martinelli was on hand to nod home as the Palace defence was caught flat-footed.