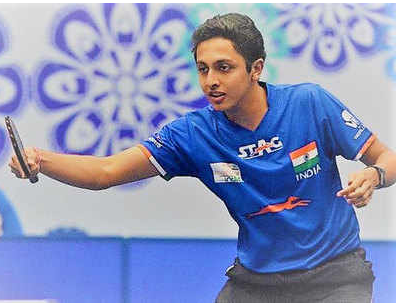 “It’s even more special to win it (first ITTF senior medal) at such a prestigious event like the US Open. Our confidence is at a higher level after performing well in the earlier rounds. I am sure it will help us in the semi-finals against the Japanese pair,” said Mudit.

The Indo-Canadian duo will take on giant-killers Hiromitsu Kasahara and Fujimura Tomoya of Japan, who entered the semifinals after thrashing the second-seeded pair of Kou Lei and Zheng Pu 4-0.

Mudit and Medjugorac have been producing impressive performances in the ongoing competition. They began their campaign with a gritty 3-1 win over USA’s Tianrui Zhang and Wang Zhe in the opening round.

In a bid to take his career to a higher level, Mudit shifted to Germany last year to hone his skills in the European League. The hard work has resulted in him jumping 199 spots, from 285, at the beginning of the year, to his current U-21 ranking of 86.