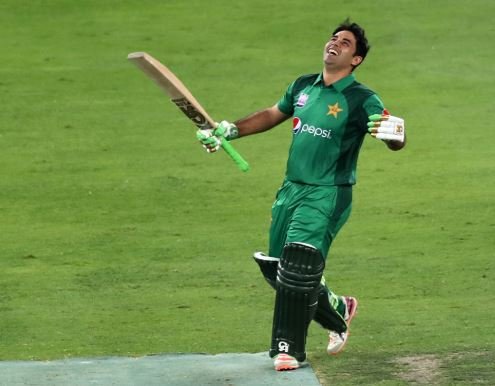 Derby: Pakistan opening batsman Abid Ali has been cleared of concussion a day after he was struck on the helmet while fielding during an intra-squad warm-up game here.

Abid was struck on the helmet while fielding at forward short-leg on day three of the intra-squad match on Sunday afternoon.

A Pakistan Cricket Board statement said that Abid has shown no signs of concussion but has undergone a precautionary CT scan which has also returned normal.

Pakistan team doctor Dr Sohail Saleem said that Abid, who has been rested for the remainder of the match, is doing fine and will return to training on Wednesday.

“Abid is absolutely fine and will be available to resume training on Wednesday following Tuesday’s rest day. He underwent a precautionary CT scan which has also returned normal,” Dr Saleem stated.

The Pakistan team is currently playing a four-day intra-squad match as part of its preparation for the upcoming Test series against England starting next month.

Pakistan will play three Tests and as many T20 Internationals during the series.

The opening Test begins at Old Trafford, Manchester on August 5.