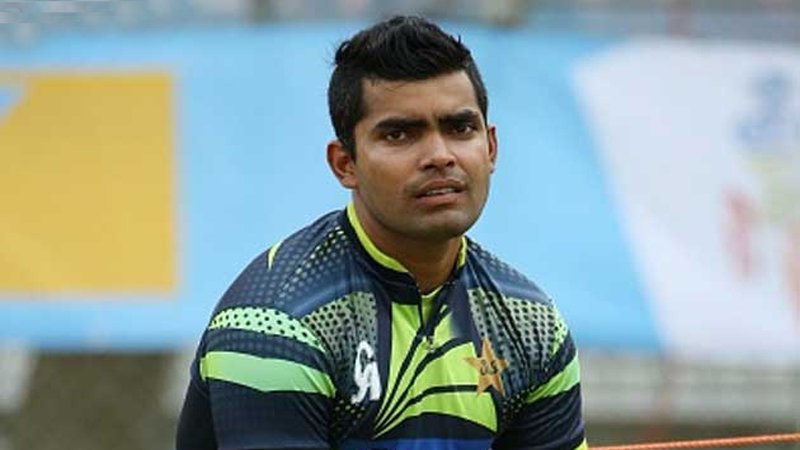 Lahore: Pakistan batsman Umar Akmal has been allowed to resume club cricket activities as part of his rehabilitation process, which commenced last month. In July this year, Akmal had apologised for not reporting corrupt approaches, for which the 31-year-old was banned for 12 months.

The Pakistan Cricket Board (PCB) said in a statement on Wednesday that, “In the processes completed to date, Umar has shown remorse, attended an anti-corruption lecture and participated in a Q&A session conducted by the Security and Anti-Corruption Department.

“His rehabilitation programme is expected to conclude next month, following which he will become eligible to participate in the Pakistan domestic cricket season 2021/22,” PCB said.

In July this year, Akmal had apologised for not reporting corrupt approaches in 2020. “Seventeen months ago, I made a mistake which caused damage to my cricket and career. I learnt a lot during this time and due to that mistake Pakistan cricket’s reputation suffered badly. I ask for forgiveness from the PCB and from cricket fans around the world,” Akmal had said in a video released by the PCB last month.

Akmal admitted that the period had been “very difficult for him”.

“Some people approached me but I was unable to report the same to the anti-corruption unit, due to which I had to face a 12-month ban. I couldn’t play cricket despite being a cricketer. I learned a lot during this time and today I confess before all of you that that mistake brought disrepute to Pakistan Cricket.”

The right-handed batsman was banned in February 2020 for failure to report approaches related to fixing just before the start of the fifth season of the Pakistan Super League.

After apologies to his family, PCB, and cricket fans, Akmal had a message for cricketers.

“I, Umar Akmal, would like to request all of you, as ambassadors of the sport, to stay away from any suspicious activities. If any suspicious individuals approach you, please report it to the anti-corruption unit in a timely manner so that your record and career remain clean.”

In April 2020, the PCB’s Disciplinary Panel had found Akmal guilty of two breaches of Article 2.4.4 of the PCB Anti-Corruption code. On account of this, he was handed a three-year ban. In July, on Akmal’s appeal, an independent adjudicator brought down the period to 18 months.

In February this year, the Court of Arbitration for Sport (CAS) reduced the ban to 12 months and reduced the fine from 12 million to 4.5 million Pak rupees.

Akmal last appearance for Pakistan was in November 2019.