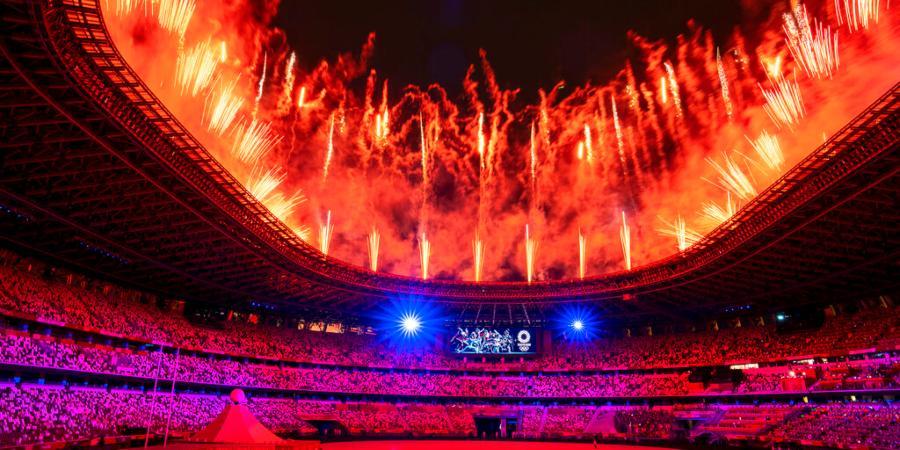 Tokyo: The Olympics like no other opened here on Friday sans the customary razzmatazz, the toned-down ceremony showcasing Japan’s grandeur, rich culture and heritage while reflecting the sombre mood of a world ravaged by an unrelenting pandemic.

Japanese emperor Naruhito was there to inaugurate the Games, a month after voicing concerns over the possible spread of coronavirus during the Olympics, becoming the third member from his family to do the honours.

It was ironical that the locals milling around the majestic National Stadium were not allowed entry due to the ban on crowds, even as visitors, including athletes and dignitaries, from across the world participated in the opening ceremony.

Fewer athletes across contingents took part in the ceremony, some to stay focussed on their events on Saturday, a lot others out of the fear of catching the infection that has already found its way into the Games village.

International Olympic Committee (IOC) president Thomas Bach, without whose steely resolve and stubbornness the Tokyo Games wouldn’t have seen the light of the day, acknowledged that it will be different from the ones in the past.

Even as the opening ceremony took place, protestors gathered outside the stadium and made their voices heard, forcing the police to act.

Although there were no spectators, there were fireworks and music, from famous Japanese video games, to which each of the competing nations walked in, led by Greece, home of the Ancient Olympic Games, with host nation Japan entering the stadium last.

The country has a 228-strong delegation in Tokyo, including over 120 athletes.

The show began with a video of geometric shapes drawn on a blackboard in chalk.

A hand-drawn animation set them into motion, and the shapes gradually turned into the National Stadium.

In the field of play, a lone female athlete stood at its centre, her hand placed on the ground while feeling the presence of the seed.

As she slowly stood, her shadow stretched out in the shape of a seedling.

With the Games being held in the wake of an unprecedented health crisis that tested the world, the strength of the athletes is portrayed in a video that counts down the final moments until the start of the ceremony.

The final second of the countdown was a bird’s-eye view of the National Stadium, which resembled a zero when seen from above.

When the countdown hit zero, a fireworks display began that lasted for approximately 20 seconds, the colours of which were indigo and white — the colours of the Tokyo 2020 emblem — and shaped like a fan, which is an auspicious symbol in Japanese culture.

The two big screens inside the stadium outlined the COVID-19 countermeasures which have been implemented to ensure the Games goes ahead without any hiccups.

There was a lot of focus on unity in diversity, peace and solidarity during the ceremony, with the message ‘you may be apart, but not alone’, to the athletes who have for long trained in isolation because of the fear of contracting the COVID virus.

In the second segment, the protagonist was a lone female athlete, training in the darkness, running silently on a treadmill, paying a tribute to the many solitary athletes training all over the world.

The Japanese emperor Naruhito and Bach were then introduced.

The Japanese flag was carried out by eight children, four eminent athletes of the country, a person with an impairment and health care professionals in recognition of their relentless service during the pandemic.

The theme of the ceremony was unitedly moving forward despite the challenges thrown at the world.

With a moment of silence, the ceremony then remembered all the people who lost their lives during the pandemic, members of the Israeli delegation killed during the 1972 Munich Games massacre, the 2011 earthquake, Tsunami and the nuclear disaster.

Members of the Japanese self defense forces raised the national flag on the Protocol Stage as the national anthem ‘Kimi Ga Yo’ played in the background.

The event was a far cry from the glitzy ceremonies of London 2012 and Rio 2016 involving thousands of performers in packed stadiums, but it stayed in tune with the unprecedented time.