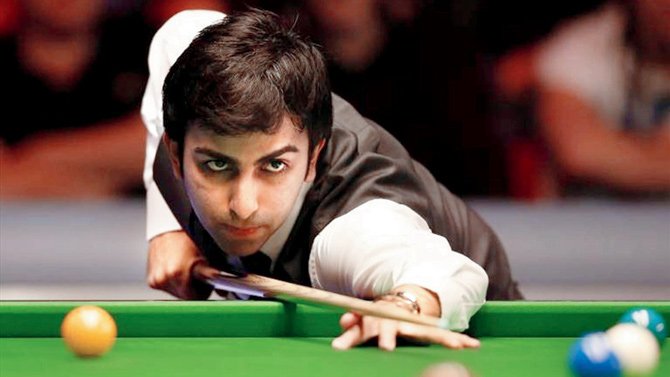 India’s leading cueist Pankaj Advani on Saturday claimed his 25th world title after outclassing compatriot Sourav Kothari 4-0 in the 150 up billiards final at the World Championships in Kuala Lumpur on Saturday.

Advani manoeuvred his cue like a magician’s wand as he entertained the spectators who showed up in large numbers.

In the first frame, Advani made his intentions clear that this title was his from word go.

He opened the proceedings without any delay to secure the first frame with a 149 break while his opponent, who is still seeking his maiden IBSF World title, had yet to score a point in the 150-up format.

The second frame went Advani’s way after Kothari failed to capitalise on the limited chances given to him by his worthy opponent.

With the help of a 77 break, Advani was halfway home with a 2-0 lead. There on, Advani turned on the heat, mesmerising the Malaysian crowd with some fine billiards.

Advani’s craftsmanship saw him make the tournament’s highest break of 153 in the third bringing himself one frame away from familiar glory.

In the fourth frame, Advani proved yet again why he is the man to beat in the 3-ball sport as he put together exquisite breaks of 86 and 60 unfinished to put the last nail in the coffin and seal the deal.

Kothari’s forgettable final witnessed a total of 72 points scored by him while Advani amassed over 600 points to defend his title for a fifth year in a row.

Due to the pandemic, the event last took place in 2019 and got revived after a three-year gap.

An elated Advani said, “It’s a dream to defend a world title for five times in a row. Truly pleased with how I’ve played and won every billiards event I participated in this year. Feel honoured to bring to my country yet another gold medal at a world level.”

Advani’s last world title came over 12 months ago in Qatar where he won the IBSF 6-Red Snooker World Cup.