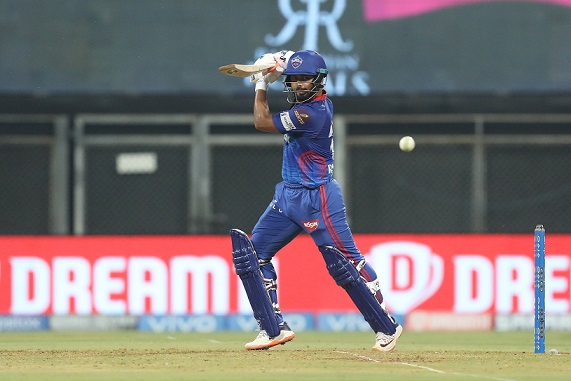 Ahmedabad: Rishabh Pant is growing everyday as a captain and person and would have learnt a lot about himself in Delhi Capitals’ narrow defeat to Royal Challengers Bangalore in the Indian Premier League (IPL), said head coach Ricky Ponting.

“I am sure Rishabh will learn a lot about himself as will all the players and that’s certainly what I will be talking to the boys about,” said Ponting in a press conference after the match on Monday.

Pant anchored DC’s fightback on Monday with a 45-run stand with Marcus Stoinis for the fourth wicket and then an unbeaten 78-run stand with Shimron Hetmyer that took them to within one run of tying the scores.

“Rishabh played really well and he will be disappointed. He wants to be in those situations, be the man at the end and win the game. He is growing everyday as a captain. That is what I am most impressed about with Rishabh Pant over the last six or eight months, he is growing as a person every day,” said Ponting.

“Part of my job is to continue to work with him, let him grow and develop and just give him a few pointers along the way. We won’t overanalyse tonight, it was a magnificient game. I know I have no fingernails left sitting in the dugout. Unfortunately, RCB were just too good for us,” he said.

DC’s last game was also a close one with SunRisers Hyderabad (SRH) pushing the match into a Super Over which DC ultimately won. Ponting said that these close wins and defeats will be good for them at the latter stages of the season.

“Our last game went to a Super Over as well and this one came down to one run. That can only hold you in good stead for when the bigger games come around at the back end (of the season). We are not thinking about that yet, we are on a bit of a tough run at the moment where we have I think three games in four days,” he said.

Bio-bubble of IPL 2021 is probably most vulnerable, says RCB’s Zampa