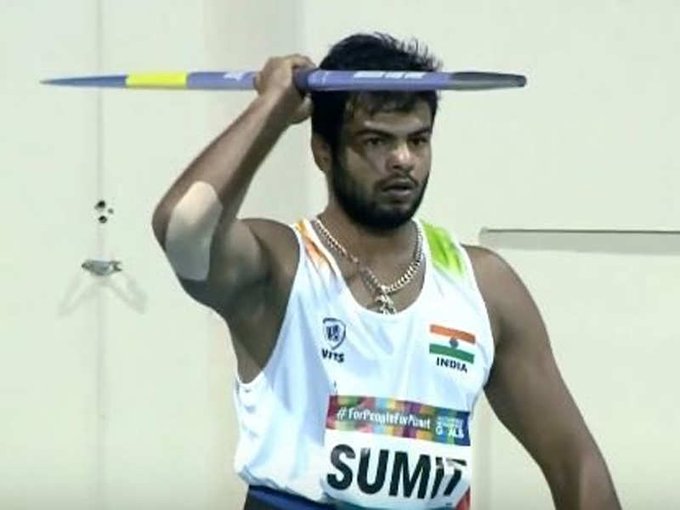 On Friday, in his sixth and last attempt he hurled the javelin to a distance of 66.90 metres at the 19th Para-Athletics Championships at Bengaluru’s Vidyanagar Stadium.

The effort bettered his own world record of 66.43 metres, set during the third leg of the Indian Grand Prix on March 5 in Patiala.

By virtue of winning a silver medal at the 2019 World Para-Athletics, Antil became eligible to compete at the Tokyo Paralympic Games.

As per policy of the world governing body, the International Paralympic Committee (IPC), the top four athletes in each of the events at the World Para-Athletics were allotted Tokyo Paralympics berths.

But the final selection for the Tokyo Paralympic will be conducted by the Paralympic Committee of India (PCI) three months before the main competition in Japan.

Antil’s goal has been to consistently stay in the 66-plus metres zone in the competition. “Good performance will add to my confidence,” he said.

Earlier, in the first week of March he had competed with India’s top javelin throwers, including Asian Games champion and national record holder Neeraj Chopra, and recorded a throw of 66.43m to break the previous record of 66.18m set by India’s para-javelin thrower Sandeep Chaudhary at 2019 World Para Athletics Championship.

Torch relay for Tokyo Olympics kicks off its 121-day journey