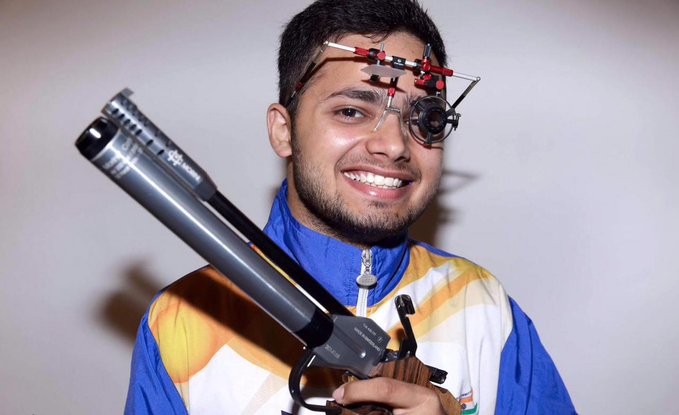 Narwal, a bronze medallist at the Sydney 2019 World Championship, overcame a strong field that had Paralympic and world champions, including Iranian Sareh Javanmardi and Ukraine’s Oleksii Denusiuk, to finish with 229.1 points — enough to erase the existing world record of Serbia’s Rastko Jokic (228.6), set in Osijek in 2019.

Narwal, 19, shot 5.7 points better than Javanmardi who ended on 223.4 points. His compatriot Singhraj, also a World Championship medallist, claimed the bronze with 201.7 points.

“The way Manish performed today was expected from him. I was in fact expecting a better score from him. Today’s result will surely boost the entire team’s confidence and preparation for the Tokyo 2020 Paralympic Games,” national chief coach J.P. Nautiyal said.

After six days of competition, Ukraine continued to lead the medals tally with four gold, four silver, and one bronze medal, followed by the hosts the United Arab Emirates with three gold and a silver, and India with two gold, one silver and a bronze medal.

A total of 120 athletes from 24 nations are competing at Al Ain 2021 until 24 March at Al Ain Equestrian, Shooting & Golf Club, the venue of the next World Championships in 2022.

This is the first World Shooting Para Sport competition in more than one year as the 2020 season was cancelled due to the COVID-19 pandemic.