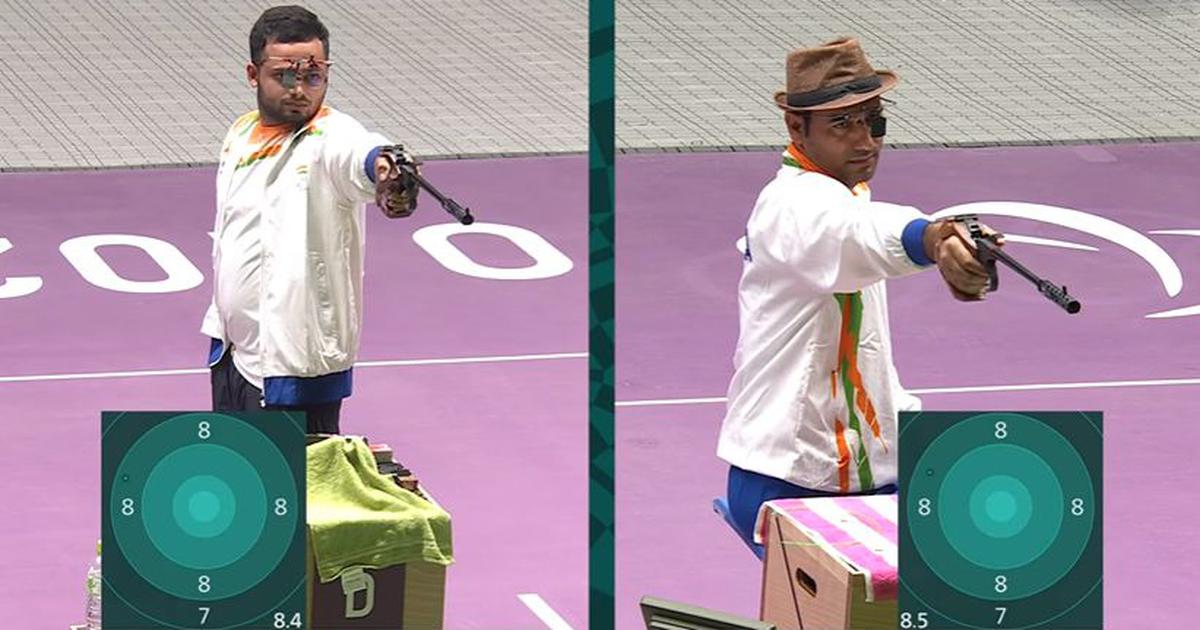 Tokyo: Shooters Manish Narwal, 19, and Singhraj Adana, 39, bagged a rare double podium for India as they won gold and silver in a rollercoaster P4 Mixed 50m Pistol SH1 final at the Tokyo Paralympics on Saturday.

This was India’s third gold at the ongoing Games, taking the medal tally to 15.

The 19-year-old Narwal, who had missed the podium in 10m air pistol SH1 after qualifying in second place, shot a new Paralympic record of 218.2 to claim his first medal. Adhana, who had won the bronze in that event, won silver 216.7.

Russian Olympic Committee’s Sergey Malyshev took home the bronze with an effort of 196.8.

Both Indians started well but had a dip midway through the final and were close to elimination and a fourth-place shoot-off, before recovering to get into medal positions and eventually being the last two left.

Narwal had a slower start and was in danger of being eliminated after shots of 7.7 and 8.3 but the teenager from Faridabad held his nerve. On the other hand, Adana was off to a flying start, leading the proceedings after 10 shots but slipped in the middle.

However, both Indians upped their games when it mattered the most, edging out the challenge of two Chinese shooters and Malyshev to go against each other for the gold medal.

Athletes in SH1 category have an impairment affecting one arm and/or the legs, for example resulting from amputations or spinal cord injuries and the pistol is held with one hand only, P4 is a classification for the mixed 50m air pistol competition.

Some shooters compete in a seated position, while others take aim in a standing position as defined in the rules.