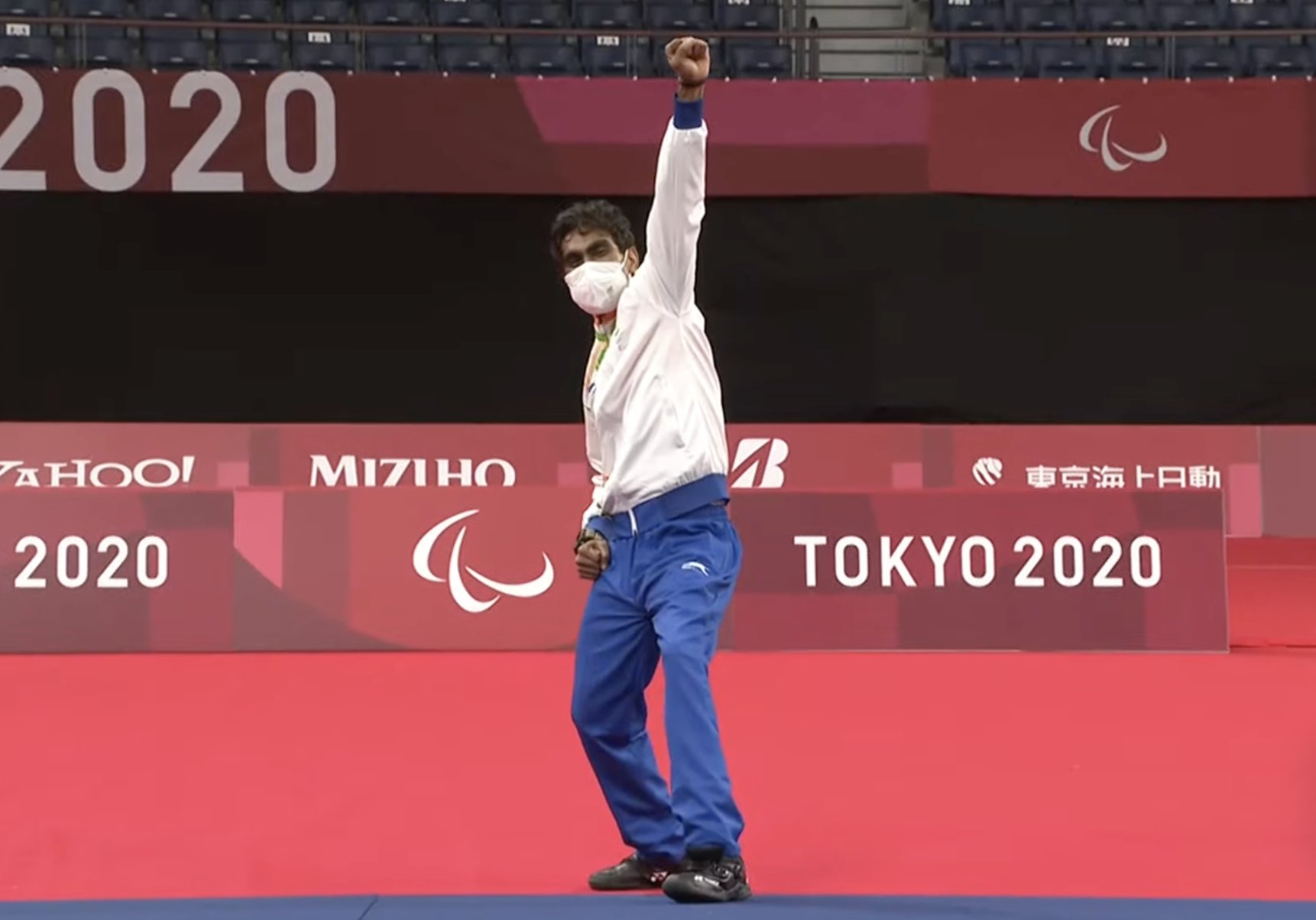 Tokyo: India’s Pramod Bhagat became the first badminton player from the country to win a gold medal at the Olympics or Paralympic Games by beating Great Britain’s Daniel Bathell 2-0 in the Men’s Singles SL3 final at the Tokyo on Saturday.

Bhagat, the 33-year-old from Bhubaneswar who contracted polio at age four, defeated the Briton 21-14, 21-17, coming back from a 4-9 deficit in the second game to claim his first gold medal as badminton made its Paralympic Games debut at Tokyo.

Compatriot Manoj Sarkar, who had lost to Bathell in the semifinal, came back strongly to beat Japan’s Fujihara Daisuke 2-0 in the bronze medal match.

Sarkar, ranked fourth in the world, trailed initially but fought back to win the first game 22-20 in 22 minutes. He then rode the momentum to win the second game 21-13 to win the bronze medal at the Yoyogi National Stadium.

But it was Bhagat who set the tone for India’s medal hunt at Tokyo with a brilliant win during which he used his deception and control to subdue the aggressive Bathell.

Bhagat, the top-ranked player in the world, is the reigning world champion in SL3 class having won the title by beating Bathell in the final in Basel, Switzerland in 2019.

On Saturday, he had reached the final by beating Japan’s Daisuke Fujihara.

In the final, Bhagat started superbly as he controlled the pace superbly, moving around Bathell with the pinpoint placement of his shots.

He broke away for a seven-point lead early and did not allow the British player to play his usual power game. He won 13 service points while bagging seven on his opponent’s serve to win 21-14. Though Bhagat had a 15-9 lead, Bathell narrowed it down to 15-12 before the Indian went on to win it 21-14.

The second game was well-fought as Bathell came out all guns blazing and established an early lead. He surged to 4-9 lead but Bhagat took control of the proceedings, pushing him back and closing the gap, and went ahead at 17-16. He closed out the match with another deft drop shot, exulting in joy as Bathell put the shuttle into the net.

Bhagat jumped into the arms of coach Gaurav Khanna as he shed tears of joy.