Passion at a discount; win at any cost is at a premium 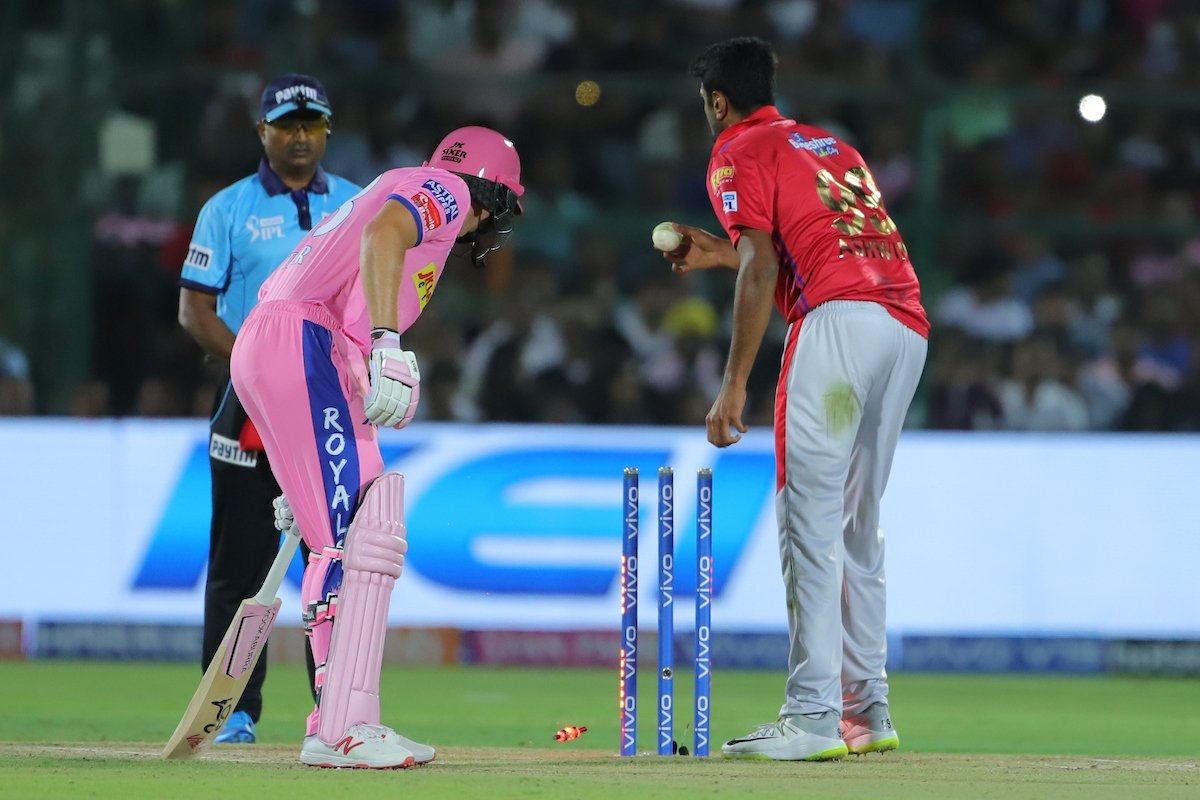 The Ashwin-Buttler incident has snowballed into a major controversy. Photos: Twitter

A lot has been written on the Ashwin-Buttler controversy. Top cricketers have expressed their views and debated on Spirit Of Cricket vs Laws of the game. As if all this wasn’t enough the Marylbone Cricket Club (MCC) issued a statement.

As a law abiding citizen whether it’s in personal life or in sports, I feel a law once approved has to be respected. But after former England captains Ted Dexter and Colin Cowdrey initiated Spirit of Cricket in the year 2000 the ICC expected better behaviour from the players. It didn’t improve. In fact it worsened.

In the case of Ashwin-Buttler issue, legally Ashwin was absolutely right but one felt Ashwin ought to have warned him especially when it was decided in the captain’s meeting last year that if such an incident occurs, the appeal should be withdrawn.

This is what Rajiv Shukla who chaired the meeting said after the controversy. Ashwin might say “Oh but that was for last year’s edition”.

⬇️ If Buttler had been out of his crease even before Ashwin reached his delivery stride then it would’ve been ok for Ashwin to claim run out. But in reality that wasn’t the case. Look at the clip & deliberate wait of Ashwin. pic.twitter.com/jFk2fl4eFI

I am not going to touch Laws of the Game and Spirit Of Cricket. Those who are talking about the law, I want to ask is there any law that says a player has to be in whites in Test matches? No. Why hasn’t any international player played Test matches in coloured clothes ? Can anyone answer this question.

Did any player bother to read the Spirit of Cricket when match fixing took place in year 2000 and continued. Match fixing, spot fixing have been taking place. Nothing will stop because the nexus between bookies and players is getting stronger

What I want to discuss is a larger picture.

Cricket is a noble game. Cricket is a religion in India. All that is fine but sadly it has lot many loopholes for players and others to exploit. Before the IPL was launched players didn’t dream of big money. The nexus between under 19 players, their parents , coaches and selectors did indulge in nepotism but once IPL began, talented performers were ignored and rotten over age players were chosen. Big money was attraction.

Again, age group players encourage to fiddle with their birth certificates. They need not enroll in schools. They are clueless about the ethos of this lovely game which has all the aspects to spread happiness. IPL has spoiled them completely. Teenagers who didn’t know the difference between rum and whiskey are seen more often in bar than honing their skills.

Is it the case of too much money too soon ? Could be. Is that the reason players don’t care for the Spirit Of Cricket and use laws when it suits them. As regards Ashwin he seems to be convinced that he will play within the laws of the game and though a few years ago Tendulkar had to urge captain Sehwag to withdraw appeal when Ashwin ‘ Browned ‘ (not Mankaded) a Sri Lankan batsman, it seems he is obsessed with such dismissals.

In the 1987 ODI World Cup, an incident took place when Pakistan needed two runs of the last delivery of the match. Saleem Jaffar was at the non striker’s end and Abdul Qadir was taking strike. Courtney Walsh was the bowler.

When Walsh was in his last stride, he found Jaffar several yards out of the crease. Walsh stopped without delivering. Had he effected a run out, Pakistan would have found it difficult to win. West Indies lost the game and failed to qualify for the semi-finals.

I had the good fortune of covering the 1980 Golden Jubilee Test match between India and England in Mumbai, when skipper G.R. Viswanath called back Bob Taylor after being wrongfully judged out, caught behind.

Taylor was nowhere near the line of the delivery. India wicketkeeper Syed Kirmani appealed for a caught behind. Captain Vishwanath was in the second slip. When Taylor looked at Viswanath and said he didn’t touch the ball, Viswanath straight away walked upto the umpire and withdrew the appeal.

The partnership that took place between Taylor and Ian Botham won the Test. With so much money at stake , one can’t expect players being recalled or bowlers getting batsmen ‘ Browned ‘ and handling the ball. To them what matters is win at all cost. 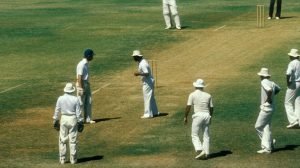 Skipper G.R. Viswanath (third from left) called back Bob Taylor (second from left) after being wrongfully judged out, caught behind, in the 1980 Golden Jubilee Test match between India and England in Mumbai.

At the end of the day, IPL is essentially an entertainment even though you witness some brilliant fielding, superb catches, glorious stroke making and clever bowling. But if this incident is allowed to stretch further, for the sake of entertainment, then it would indeed be setting bad precedent. It has to be stopped immediately.

ICC cricket committee will be meeting next month. One hopes they discuss this issue and issue clarification.

Let’s not reduce the Spirit of Cricket to a tamasha.

The MCC have reviewed the Ashwin-Buttler run-out again, and have taken a different view of it this time. #IPL #Mankad

If you sign the pledge and tamper it, you have to pay the price, no matter how much your supporters try to defend your actions. Cricket is not played like that.

Cricket is a noble game. Let it remain that way.

Us: The Mankad is against the spirit of the game and has no place in professional or amateur cricket.