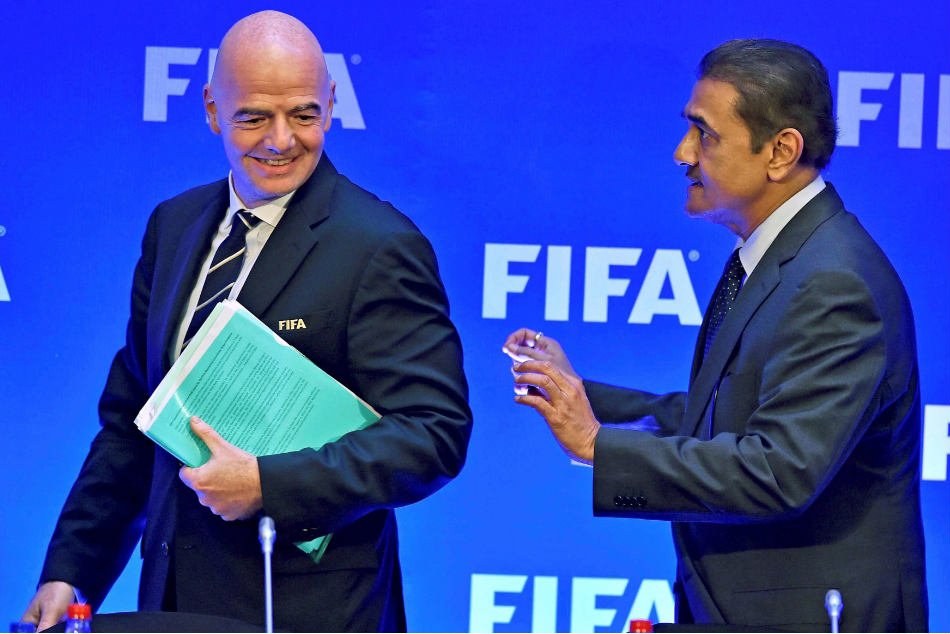 Very fine. To aim for the top is a positive approach that needs to be lauded. There is no room for criticism. That the statement came when India struggled against Bangladesh and Afghanistan in 2022 qualifiers should be taken as a matter of sheer coincidence.

It is no secret that India has never got past the first round qualifiers in World Cup history. But again, there is no harm in dreaming about passing the 12th standard with 90 per cent marks even if one failed to clear the sixth standard examinations repeatedly.

After all, it is all about “aspirations”. The means to achieve it could be discussed later.

Now, it could be interesting to know when exactly Indian football’s ambitions (or should we say aspirations?) to play the World Cup actually begun. And slowly snowballed into a kind of obsession. Without bothering to go for a reality check about the entire deal.

Like Coronavirus, it is only a recent phenomenon. In 1950, India qualified for Brazil World Cup as several other Asian teams withdrew. India did not go. Thereafter, a long silence prevailed on India’s World Cup part for 35 years.

Before this, India won Asian Games gold medal twice, finished fourth in 1956 Olympics and reached the 1964 Asian Cup final. But surprisingly, there was no talk about making an attempt to break into the greatest show on earth.

In fact, after 1986, India skipped the 1990 qualifiers. World Cup was not high on India’s list of priorities. They were struggling to make a mark in Asian Games and pre-Olympics, which were yet to be under-23 meets.

Former India captain late Sailen Manna once told Sports Lounge: “We qualified for 1950 World Cup by default. I would have been the natural choice for captaincy.

“But when the tour was cancelled, I remember not bothering about it much. World Cup was still in its infancy. Moreover, we used to get excited over Olympics.”

World Cup has come a long way since then. So has Indian football and its officials’ juvenile fixation for playing the 32-team extravaganza.

In 2006, the day World Cup kicked off in Germany, the then AIFF president Priyaranjan Dasmunshi held a gala function to unveil the plan for India’s possible entry for 2010 or 2014 World Cup. It was sheer waste of money and energy. Yet the federation went ahead with it.

Federation officials’ talk about India qualifying for the World Cup once in a couple of years. Like a repeat show. No one talks about whether India can reach the second round of Asia Cup finals. Or whether India can break into top 10 in Asia and stay there for five years.

To set a realistic goal is never the idea. It doesn’t serve them the purpose of what Karl Marx said about “opium of the masses”. To find India playing the World Cup finals in next 20 years is highly unlikely. The set up required to realise the target is simply not there.

The idea should be to play good, entertaining football and spread the game. Out of 211 FIFA member nations, only 79 have played World Cup finals so far. The rest are not an unwanted lot. They, too, play the game sincerely and adds to the value. Immensely.

India’s “aspirations” should be to follow this trend and grow. Logically though. To behave and act like paper tigers will only make them a laughing stock.