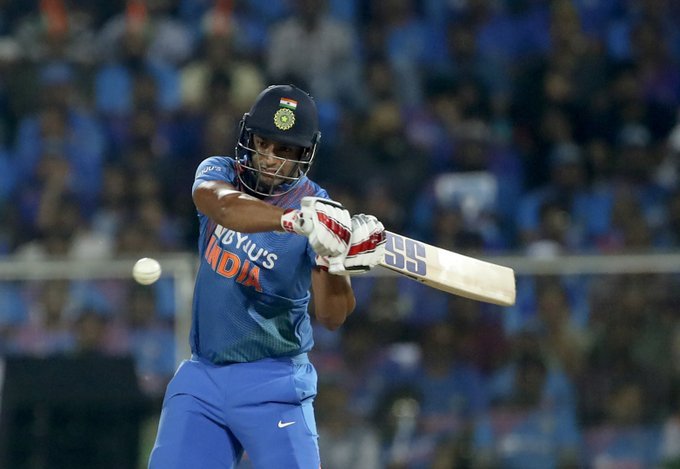 Shivam Dube distinguished himself in the second T20I against West Indies. Photos: @Twitter

Mumbai: India’s two T20Is against Bangladesh suggests that Virat Kohli’s boys are not much concerned about win or loss.

The criteria for judging a player seems to be one’s performance and in which situation. Only performance matters to the team management rather than end results as good overall performance generally helps team win.

Various permutations and combinations are kept in mind for selection of players in the playing XI. The objective is to put players, particularly young talents, under pressure and judge their performance when the odds are against them.

A case in point is Shivam Dube’s elevation to the No.3 spot at Trivandrum. The objective was to test his mental fortitude and technical skills and how he adopts to the task of batting in powerplays.

Dube responded with a 30-ball 54. It is a happy sign for the Indian team. Similarly Washington Sundar’s was asked to bowl in the powerplays. Sundar wasn’t consistent in the first six overs, drifting to the pads of the batsman or delivering too far wide of the offstump. 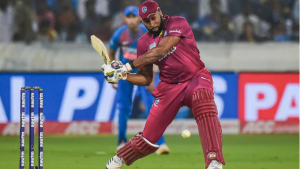 They have experienced these high pressure matches in CPL for three-four years, some of them even play in the IPL. Windies captain Kieron Pollard, notably, is associated with the IPL since its inception.

Playing in these franchise leagues have made them street smart. They know how to wriggle out of tough situations. The Caribbeans are seasoned pros in T20s but not in Tests, because they hardly play the five-day game.

West Indies are now a T20-oriented team. And it remains to be seen if this approach helps them to bring back their glory days of the 1970s and 80s.

India have settled core but the riddle of wicketkeeper batsman Rishabh Pant refuses to die. People feel a lot of chances have been given to him. But how to decide whom to give chances, and how many?

Pant is clearly in a mental flux. He is thinking too much about people’s opinion of him rather than his own abilities.

BCCI chief Sourav Ganguly made a very pertinent comment when he said that Pant has got to live with the fact that people are going to rile him up with chants of ‘Dhoni, Dhoni’. But he must get used to.

Pant must accept the fact that becoming Dhoni isn’t a feasible idea, rather seeking inspiration from Dhoni is. There is no particular remission of this. It is a particular mindset.

The left hander has to convince him of his obvious abilities and work on improving his deficiencies. He can take a leaf out of David Warner. The Australian had a woeful Ashes series but look at the way the opener bounced back against Pakistan.

More than technical abilities, players who are able to conquer their minds eventually become successful. Pant has now played enough international cricket to realise this. And sooner he improves the better for him and Indian cricket.

Not many Indians can score Test hundreds in Australia and England. If he has the ability to score in those foreign shores in Test matches, he should be able to relish the challenge of T20s. Sanju Samson has a valid argument but Pant’s time is not over yet. 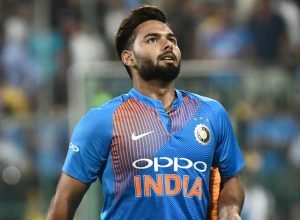 The heat is on Rishabh Pant.

The next 10 months leading up the ICC T20 World would be crucial. India would get ample chances to get their team combination sorted. India are fifth in the T20 rankings but aren’t much concerned about improving it.

Their target is to win the mega event. In order to do that it is essential that they test their bench strength.

Considering they would get around 17 limited overs matches before the World T20 in October, it is safe to assume that the likes of Samson would get enough opportunities.

Samson is certainly a World T20 candidate, provided MS Dhoni doesn’t do well in the IPL. If Dhoni plays decently in atleast in half of Chennai Super Kings’ (CSK) matches, then he would book his ticket to Australia.

What is heartening is the amount of competition in entering not only the senior team but also the India A team. The fitness exhibited by even average players in the recent Syed Mushtaq Ali suggest that they have understood the importance of fitness in modern cricket.

The team management’s mantra is loud and clear ‘Either shape in or ship out’. And with Ganguly insisting on only simplifying matters for the think tank, it could only get better for Indian cricket.