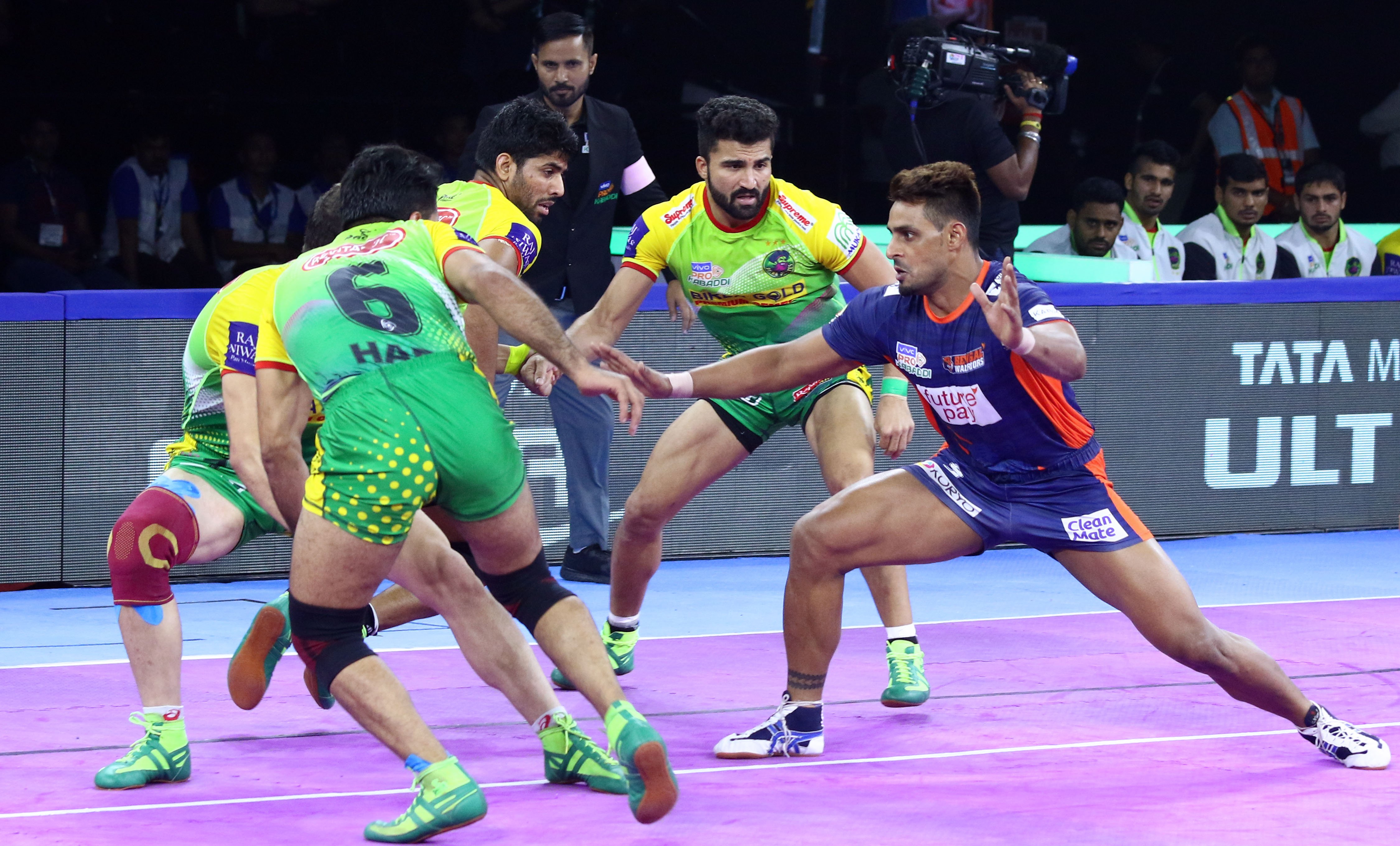 Chennai: Bengal Warriors produced an all-round performance on Thursday to beat former champions Patna Pirates c in front of a packed audience at the Jawaharlal Nehru Stadium in Chennai. The Bengal Warriors moved to second in the table with the result while Patna remained at the bottom.

Raider Maninder Singh, with a Super 10 (10 raid points), and defender Rinku Narwal, who impressed with a High 5 (5 tackle points), were the stars for the Bengal Warriors side.

All-rounder Monu came in for Korean raider Jang Kun Lee in the Patna Pirates lineup as coach Ram Mehar Singh tried to cull their bad run of form by bringing in more balance to the starting seven. And the three-time Champions started on the front-foot with ‘record-breaker’ Pardeep Narwal looking ominous in the early minutes for the opposition, ably supported by Iranian Mohammad Esmaeil Maghsoudlou.

But the Bengal Warriors are the best raiding unit of the season 7 for a reason and the likes of K Prapanjan and Maninder Singh helped their side claw their way back into the game. A closely fought first half ended 15-14 in favour of the Warriors.

Bengal Warriors inflicted the first all-out of the game on Patna Pirates in the second minute after the restart. The Warriors’ strategy was quite direct tackle Pardeep Narwal out of the game. The raider has spent more than 17 minutes per match in the dugout this season, partly the reason why Patna find themselves at the bottom of the points table, and the second half proved no different for the side as Bengal Warriors produced a good defensive performance.

Rinku Kumar and Jeeva Kumar marshalled the Bengal defence as Maninder upped his game in the second half to inflict a second all-out on the Pirates with 11 minutes remaining till the final whistle and open up a 13-point lead (28-15). A late surge by Patna courtesy Pardeep Narwal, who clinched a Super 10 despite his team not performing well, saw the side force an all-out on Bengal in the final minute. But the push came far too late as Bengal held on to win by a margin of 9 points.