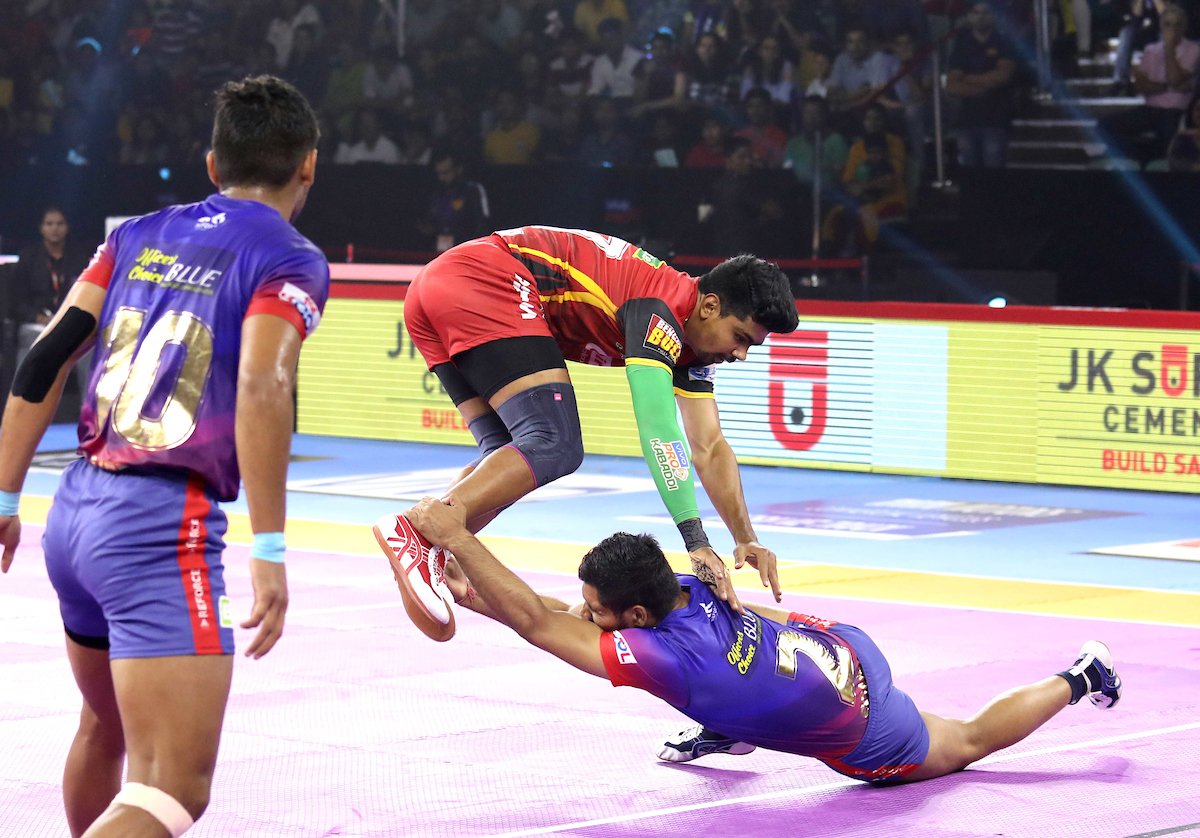 Action between Dabang Delhi and Bengaluru Bulls on Saturday.

Naveen Kumar was the star for the Delhi side who trailed for most parts of the match but inflicted a crucial all-out in the final minutes on the Bulls to walk away with all the points. india sports news game reading indian super cup

Bengaluru Bulls started the match on the front foot, racing to a 5-0 lead, with Pawan Sehrawat flying high. The Bulls piled on the pressure, backed by their defence, to inflict the first all-out of the match on Dabang Delhi in the 11th minute and open a gap of six points. india sports news game reading indian super cup

The defending champions continued to dominate with their defence, manned by Mahender Singh and Saurabh Nandal, thwarting all the raiders who came in their territory. The first half ended 19-11 in favour of the Bengaluru Bulls.

The league’s top raider, Pawan Sehrawat, started the second half with the same intensity, rushing to his Super 10 (10 raid points) within 6 minutes of the restart as the Bulls maintained their pressure on Delhi.

The home team brought in Meraj Sheykh to add an extra dimension to their raids and the Iranian picked up Bonus Points to keep Debang Delhi in the game as the match edged closer to the final whistle.

Three points by Naveen Kumar in two successive raids with five minutes remaining in the match helped him reach a Super 10 and make it a one-point game.

The aggressive strategy saw Delhi force an All-Out on Bulls with 3 minutes remaining to take the lead. But Pawan Sehwarat’s two-point raid tied the match once again with just a minute remaining but the Delhi pulled off an important tackle in the final minute to win the first match of their home leg.

Bengaluru will only have themselves to blame for allowing Delhi to clinch so many Bonus Points and finishing off the game when they were on top. The result moved Delhi to second in the table.