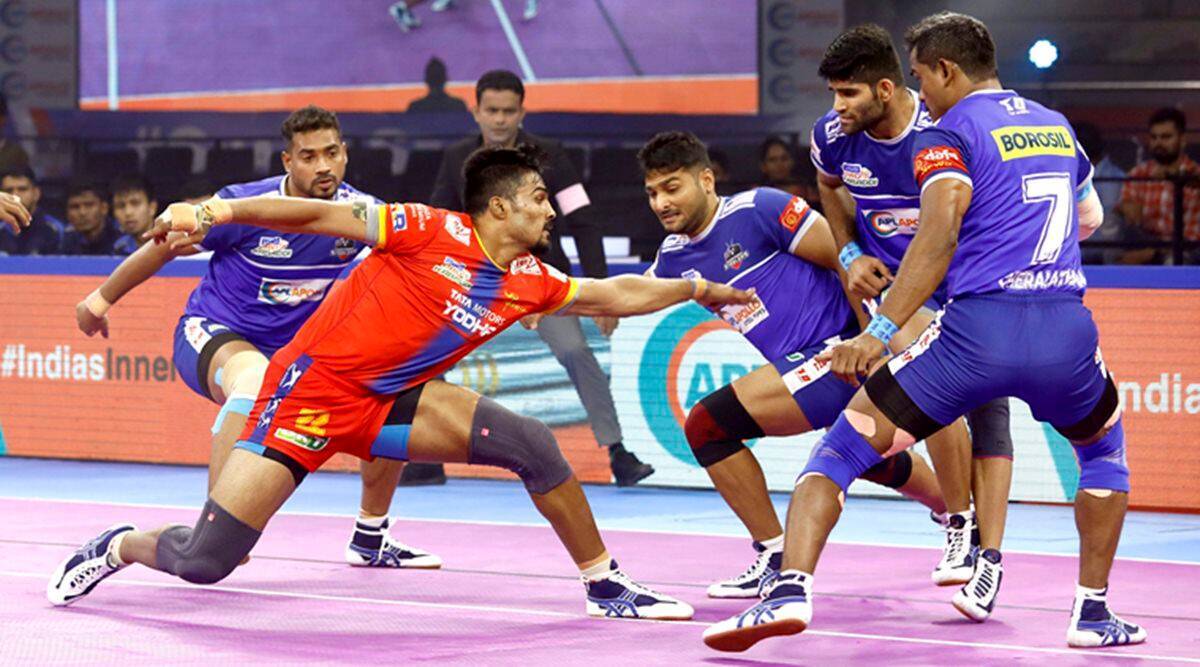 Bengaluru: An all-round performance by Aslam Inamdar (8 points) helped Puneri Paltan beat Telugu Titans 34-33 in a Pro Kabaddi League Season 8 match on Christmas day here. Siddharth Desai scored 15 points for the Telugu Titans but had no support from fellow raiders including captain Rohit Kumar as Pune secured a last-second victory. This was the first win of the season for Puneri Paltan.

Patna thought they had managed to claw their way back into a tie in the last move of the match when they tackled Surender Gill but the U.P. raider ensured he got a bonus point in the process to keep that one-point lead alive. Pardeep Narwal, former Patna raider, was the highest point scorer for U.P. Yoddha with 12 points.

Captain Vikash Kandola was Haryana’s finest participant with 14 raid factors within the match.