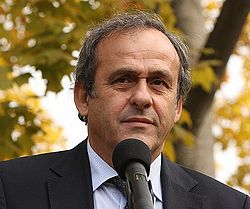 Lausanne: Former UEFA president Michel Platini is finally free to return to football next week when his four-year ban for ethics violations ends, although he remains linked to a corruption investigation in his home country relating to the 2022 World Cup in Qatar.

The former France captain and national coach went on to become one of the game’s most prominent administrators when he was elected president of European football’s governing body in 2007.

A triple Ballon d’Or winner, Platini was expected to succeed Sepp Blatter as FIFA president in 2016 but fell spectacularly from grace a few months earlier.

He was banned from football for receiving a two-million Swiss franc (1.8 million euros, USD 2 million) payment from the head of the world game, with Blatter banned for eight years, later reduced to six, for his part.

The payment, made in 2011 when Blatter was seeking re-election as president, was related to work carried out by Platini between 1999 and 2002.

The pair were found guilty of “abusive execution” of their powers and a conflict of interests.

Platini, now 64, has been battling to clear his name ever since, although his ban was reduced to four years from an initial six, leaving him free to work in football again when the suspension expires on Monday.

With the former Saint-Etienne and Juventus midfielder sidelined, he watched on as Gianni Infantino, once his right-hand man at UEFA, became FIFA president in February 2016. The Swiss-Italian was re-elected in June this year.

Infantino declined to comment on Platini, who made his determination, and bitterness towards FIFA, clear in an interview with Swiss television channel RTS last month.

Speaking to French daily Le Monde about what the future holds, he added: “I have had lots of offers and requests to become a pundit, to do the Euros, the World Cup.”