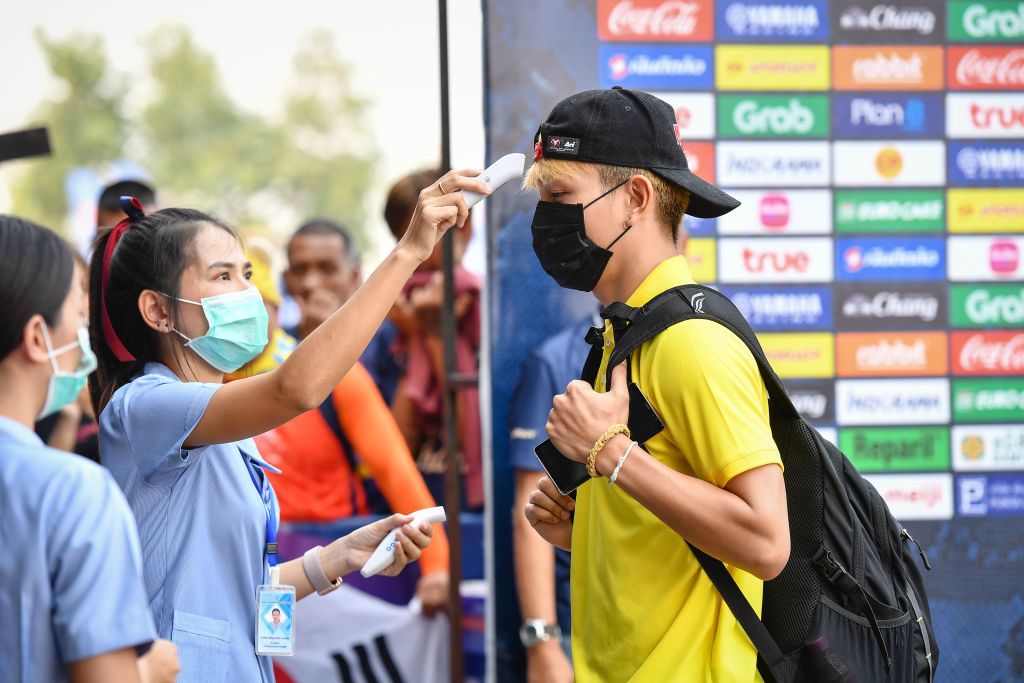 New Delhi: British and Irish golfers and rugby teams were scrambling to return home on Friday after the U.K. government announced it was banning flights from South Africa to counter the spread of a new COVID-19 variant.

The inaugural season of the DP World Tour started Thursday but more than a dozen players pulled out of the Joburg Open because of the new restrictions, tour spokesman Steve Todd confirmed on Friday.

United Rugby Championship matches scheduled in South Africa over the next two weekends were postponed, and Welsh teams Cardiff and Scarlets were trying to get out.

The Junior Women’s World Cup, which was to begin in Potchefstroom, South Africa, from December 5 has been ‘put on hold’, the International Hockey Federation announced.

“Following the outbreak of a new coronavirus variant in South Africa, the International Hockey Federation (FIH), the South African Hockey Association and the North-West University of Potchefstroom have jointly decided that the FIH Hockey Women’s Junior World Cup South Africa 2021, initially planned in Potchefstroom from 5 to 16 December, will not happen under these circumstances.”

“The safety of everyone involved in the FIH events is an absolute priority. Additionally, many countries, including from some of the participating teams, have now strongly increased their travel restrictions with South Africa, including halting flights. Therefore, it simply isn’t possible to maintain this event as planned. This is hugely disappointing. An FIH Junior World Cup is so important for the development of young players. Also, it was the first time that an FIH World Cup was due to take place on African soil. On behalf of FIH, I’d like to thank all teams for their understanding as well as the local organisers for their great work and collaboration”, FIH CEO Thierry Weil said.

FIH will keep monitoring the situation and take a decision about the potential staging of the 2021 FIH Hockey Women’s Junior World Cup as soon as it will be possible to do so.

The U.K. announced it was suspending flights from South Africa and five other southern African countries and making travellers from these countries self-isolate for 10 days effective from 1200 GMT Friday. From Sunday morning, travellers would have to go into hotel quarantine.

U.K. Health Secretary Sajid Javid said there were concerns the new variant “may be more transmissible” than the delta strain, and “the vaccines that we currently have may be less effective” against it.

Also, the European Union said Friday it plans to stop air travel from southern Africa because of the variant as the 27-nation bloc is battling a massive spike in cases.

Irish golfer Paul Dunne told RTE Radio he was unaware of the situation at the Joburg Open when he finished out his delayed first round Friday morning. He has withdrawn and planned to take a flight to Dubai on Friday.

“I’d three holes to finish in my first round, and when I came in I turned my phone on and I had messages from everyone asking me if I was going to go to the airport or stay and play. That’s when I started to look into it,” Dunne told the radio show.

“A few people are on the course without kind of a real idea of what’s going on,” he added, “but some people are finding it hard. I’ve heard people can’t get a flight until Sunday evening.”

Dunne said there were flights available but routing through Ethiopia, where fighting in the country’s yearlong war draws closer to the capital, Addis Ababa.

“Bit of a minefield at the minute,” he said.

Not every British player left. Ashley Chesters shot 2-under 69 on Friday to complete his second round on 7 under overall.

The Joburg Open is the start of a South Africa swing, followed by the SA Open and Alfred Dunhill Championship.

With the United Rugby Championship on hold in South Africa, Scarlets said in a statement it “would like to assure families and friends that we are making every effort to get our touring party back home to the UK as soon as possible.”

Cardiff said “we are now looking to repatriate our staff ASAP.”

Munster on Friday tweeted: “We all are safe & well in Pretoria. We are working with URC on the ongoing situation relating to Covid-19 & will provide an update once we know more.”

Zimbabwe is hosting a qualifying tournament for the Women’s Cricket World Cup in 2022. The eight visiting teams are the United States, West Indies, Netherlands, Ireland, Thailand, Sri Lanka, Bangladesh and Pakistan. Games were played this week and are scheduled through next week.

Warren Deutrom, chief executive of Cricket Ireland, said they are “very concerned about the latest developments” and have been in contact with the ICC, the Irish government and local officials “to better understand the facts, and to properly inform and reassure” the delegation.

“Our decision-making will be first and foremost based on the health and safety of players and support staff,” Deutrom said in a statement on Friday.

“We will provide updates as soon as we can.”