Playing in empty stadiums bizarre but time to move on, says Rabada 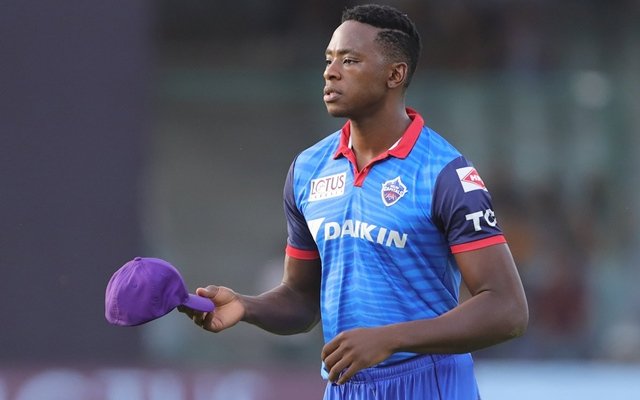 New Delhi: South Africa pacer, Kagiso Rabada  says it would be  a bit strange to play in empty stadiums but cricketers have to adapt to the COVID-19 pandemic induced circumstances.

“I haven’t had the chance to bowl yet or use the cricket facilities, but professional athletes are now allowed to use gyms here in South Africa, so I’m just doing enough to keep myself going. But I’m also really pleased that I’ve had such a long break from cricket after five years of continuous competition. I’ve really found it to be very relaxing,” Rabada said during an Instagram live session.

That apart, the 25 year old has been keeping himself busy with a podcast he has started with a friend. “I’ve kept myself busy creatively. I’ve been working on a podcast called The Viral Wellness, with a friend, where we get experts to come and talk about wellness – physical, mental, educational – and both of us just try and have some fun with the script.” he said.

Having injured his groin earlier this year, Rabada had to miss South Africa’s tour of India that had to be abandoned midway owing to the COVID-19 outbreak. “I would’ve been ready for the IPL in March. I had a tear in my groin, but I healed quite quickly, and believed I would have been able to play the IPL if it had started as scheduled,” he said. “It was something I was really looking forward to, especially after last season’s performance which was, no doubt, a huge motivator for all of us. It was also by far the most enjoyable season I’ve been part of.” Rabada added.

Regarding the on-going talks on resuming cricket without fans, the South African said, “It’s going to be bizarre to play in empty stadiums, especially during international matches. But the world has to move on. There will still be tough competition when teams play, and people can still enjoy that on TV.”

Widely known for being expressive on the field, the young bowler was also seen commenting on people’s perception of him. “A lot of people think I have a short temper. The thing is that sledging is a part of the game. No fast bowler is going to be nice to the batsman. But what we need to understand is that it’s never personal. After the game, you shake hands, respect each other’s crafts and move on,” said the World No. 5 ODI & Test bowler.

Replying to a fan’s question on what qualities he would want to have from other fast bowlers, Rabada said, “If I had to become a bowler by combining the best of all fast bowlers of all time, I’d pick the pace of Shoaib Akhtar, the bounce, line and length of Glenn McGrath, the aggression of Dale Steyn, and the swing of Jimmy Anderson – that’s the bowler I would love to be!”

Signing off, he also mentioned former greats he would’ve loved to bowl to. “I think Kevin Pietersen, Sachin Tendulkar, Vivian Richards and Ricky Ponting would be the batsmen I would love to bowl to,” Rabada said.

Kagiso Rabada took 25 wickets from 12 games for Delhi Capitals in the 2019 IPL season, and had to leave midway due to an injury.

Ready to host IPL this year: UAE cricket board to BCCI