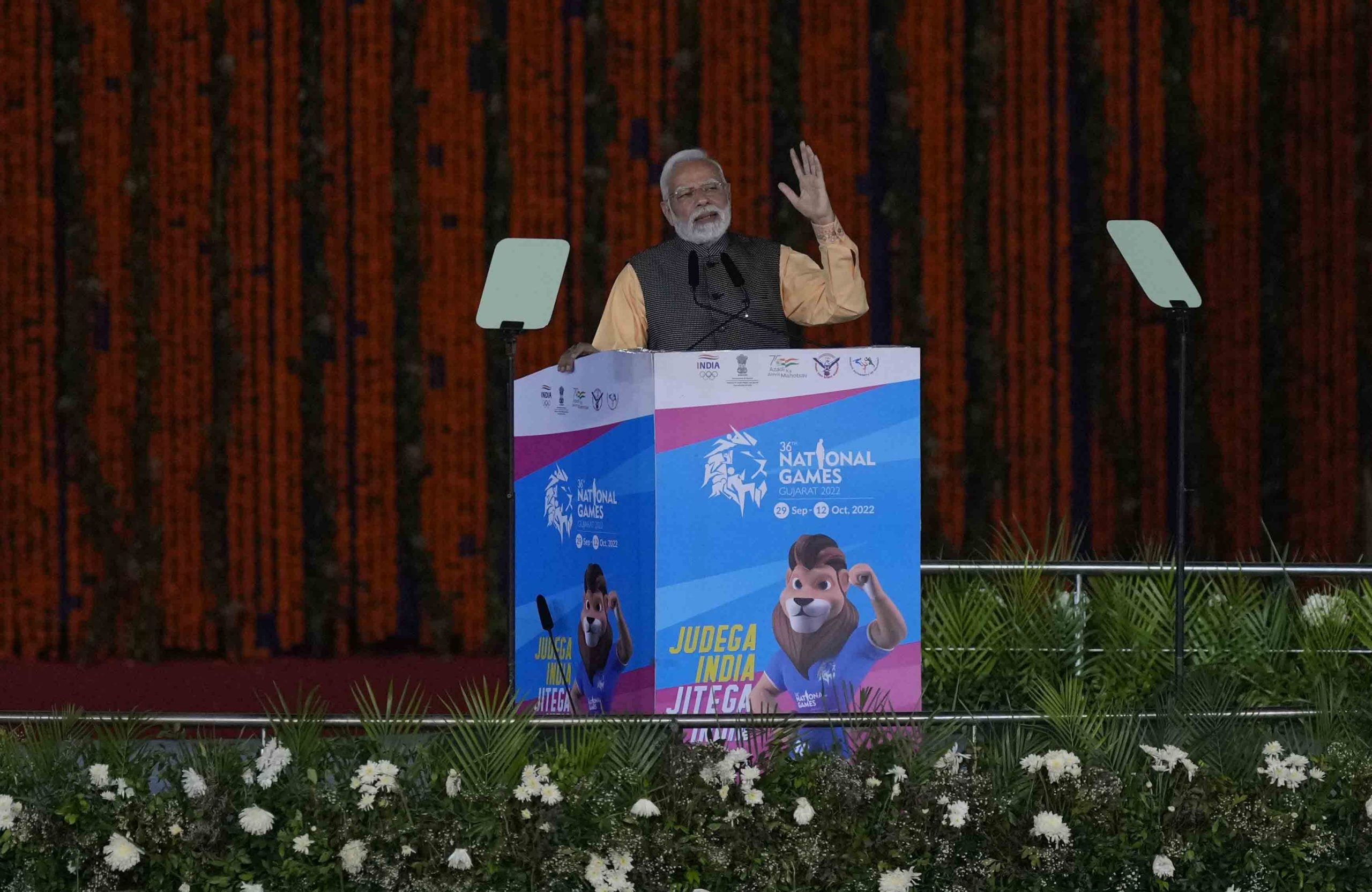 Prime Minister Narendra Modi inaugurated or laid foundation stones of projects worth Rs 9,400 crore and held two roadshows in poll-bound Gujarat and flagged the issue of corruption and nepotism in sports in the past while inaugurating the 36th National Games on the first day of his latest visit to the state on Thursday.

PM travelled to Ahmedabad, where he inaugurated the 36th National Games in the Thursday evening.

Lauding Indian athletes for winning medals at various international events such as the Olympics in recent times, Modi said despite having the capability, sportspersons could not perform well in the past at the world stage because of nepotism and corruption.

He made the comments after declaring open the National Games at a glittering ceremony at the Narendra Modi Stadium in Ahmedabad city’s Motera area.

“The country’s sportspersons were capable in the past too. This movement of winning medals (at international sporting events) could have started earlier too. But, instead of professionalism, there was nepotism and corruption in sports. We have cleaned the system and pumped in new confidence among the youths,” said Modi in his address to a cheering crowd at the sprawling stadium.

He said when people around the world eagerly waited for popular and prestigious global sports events like the Olympics, such competitions were just subject of general knowledge in India for many years.

“But now, the mood and temperament of the nation has changed. Our sportspersons have continued a tradition of being the first and the best which started in 2014,” said Modi, referring to the year when the Bharatiya Janata Party (BJP) came to power at the Centre after getting clear majority in the general elections.

According to the prime minister, Indian sportspersons used to take part in less than 100 sporting meets at various levels in the world eight years back, but this number has now gone up significantly.

In the night, the Prime Minister attended the `Navratri Mahotsav’ organized by the Gujarat government at the GMDC ground in Ahmedabad and performed `aarti’ of Maa Amba.

He also watched the traditional garba dance at the venue, and spoke to some revelers and allowed them to click selfies with him.