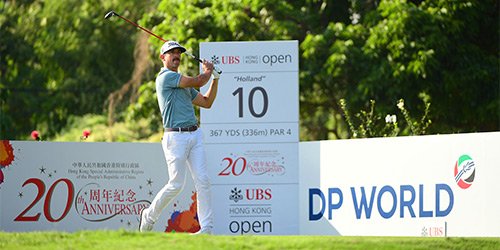 Hong Kong: Next week’s Hong Kong Open, one of the biggest golf tournaments in Asia, was postponed following months of anti-government protests in the city.

“Regretfully the European Tour, in conjunction with our tournament co-sanctioning partner at the Asian Tour, has taken the decision to postpone next week’s Hong Kong Open,” a European Tour statement said.

European Tour chief executive Keith Pelley said he hoped the event, whose winners include Rory McIlroy, Colin Montgomerie and Peter Thomson, could be rescheduled for early next year.

“The decision has been taken due to the ongoing level of social unrest in Hong Kong,” Pelley said.

“As the safety of our players, staff, stakeholders and everyone involved in each and every one of our tournaments around the world is our top priority, we feel this is the correct, but unfortunate, course of action.”

Asian Tour commissioner and CEO Cho Minn Thant said: “It is regrettable that the Hong Kong Open has to be postponed due to the ongoing unrest in the city.

“The unpredictability of the current situation in Hong Kong makes it very challenging to sanction the tournament especially with the safety of everyone of utmost importance.

“However, we are optimistic that once the situation in Hong Kong stabilises, we will be in a better position to sanction the 61st edition of the Hong Kong Open in the very near future.”

Woods not losing sleeping over Nicklaus’ record, proud of what he has done